Walt Disco are a band whose influences derive not from just music itself, but much more so from love,
glamour and androgyny. Crooning vocals, angular guitars, dark shimmering synths - their music is a gateway
to a space of lust, loss and everything in-between.

After their breakthrough year in 2019, the band look forward to increasing their already relentless touring
schedule, bringing their unpredictable and drama filled live shows to new grounds, including the USA where
the band will perform at iconic new music showcase SXSW in Austin, Texas. The band’s glamorous post-punk
has received praise from the likes of DIY, NME and Gigwise and has also earned strong support from the likes
of Radio 1’s Jack Saunders and Annie Mac with the band set to perform at the latter’s AMP 2020 festival this
March.

The band’s strong androgynous look has led them to working with renowned photographer and former
creative director of Dior and Saint Laurent, Hedi Slimane, with frontman James Potter starring in his “Polaroids
of a British Youth” menswear campaign for fashion house CELINE as well as walking in the brands FW19
fashion show. The band also brought their energetic live performance to the SS20 afterparty in Paris 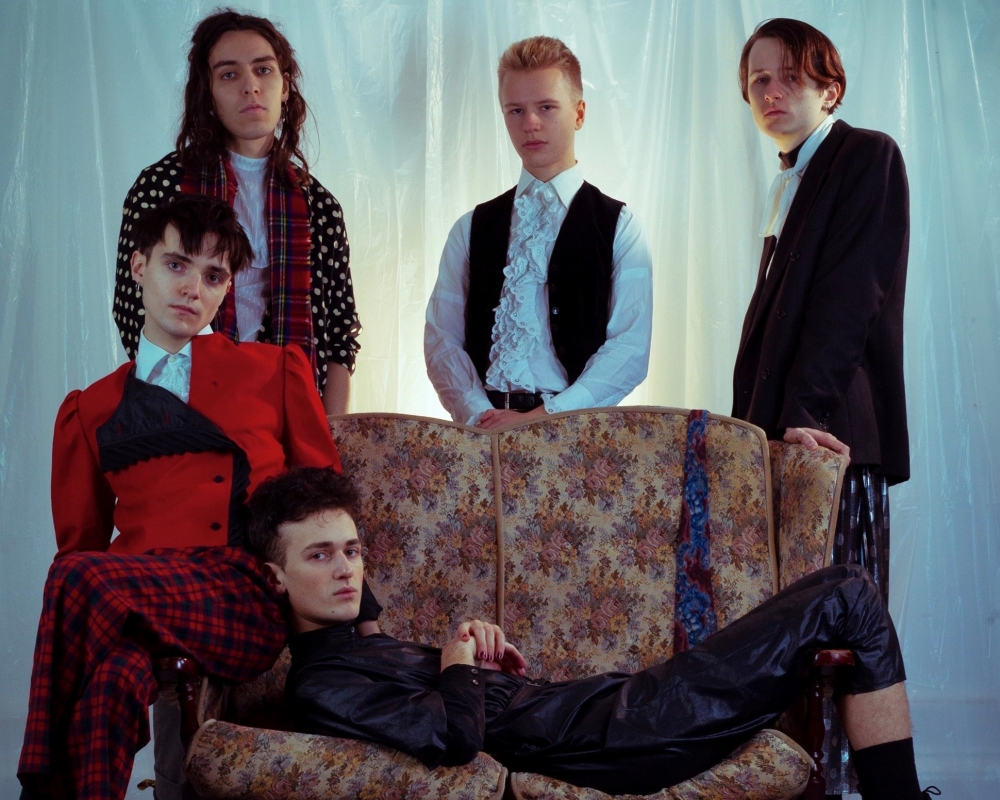