“Seamlessly juxtaposing hard drums, power vocals, guitar and a bongo for what we’ll describe as ‘funky noise psych rock’ – it’s a band for a party.” - LIVEUROPE

Extreme-experimental-psychedelic-scooter-jazz-proto-punk-stoner-rock-rainbow- black-metal. That’s the wonderfully weird space the three-headed Lithuanian band Timid Kooky moves in. The boldness, wackiness and genre-related schizophrenia of the young trio, in which all the members contribute to the lead vocals, are reflected on their debut album “Tanzen”, which might sound to some as a well-curated compilation of various alternative bands. Even so, Timid Kooky aren’t just another college indie band. It’s evident that they mean business and approach music with the right “rocknrolla” amount of professionalism, as proved by the fact they were named the Best Young Band of 2017 in Lithuania, as well as the Best New Baltic Band at the NOVUS music contest. 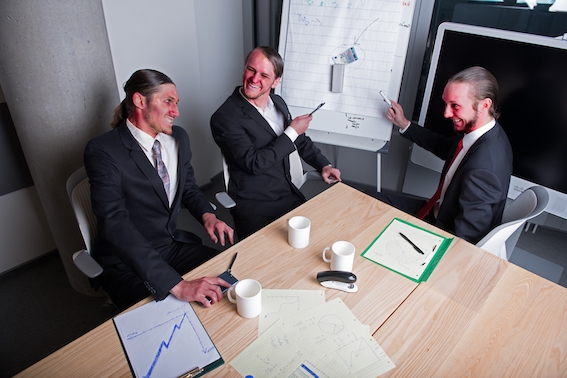