What can I say about the best new band in Britain that will convince you to offer them a
slot?

First off, they hail from Leigh, the halfway point between the musical mecca’s of Manchester and Liverpool. Secondly, they're not ‘new’ per se, like many in the arts who go on to achieve ‘over night success’, this fab foursome have done their 10,000 hours, starting in the pubs and working mens clubs of Lancashire (including the legendary Pheonix Nights) and opening around the country for the likes of Catfish and the Bottlemen, Madness, Sleeper, Paul Heaton, Tom Odell, Jamie Cullum and even, after a stormingly successful Glastonbury debut in June, Sir Tom Jones on his current stadium tour ( ‘I loved your set, especially the acappella, you don’t half get the audience going’ - Tom Jones.) As a consequence, Lottery Winners have their live show completely nailed down, which gives them free reign to indulge the funny side of their performances. By no means a comedy band, all four band members can deliver more laughs in one self deprecating line than most indie bands will muster in a lifetime. Lead singer Thom Rylance is never happier than when entertaining a crowd, whether their own or someone else’s, and this summer Thom, Kate, Rob and Joe are winning over new fans young and old, and gladdening the hearts of festival audiences all over the UK and Europe. I can’t tell you how good this band are. So driven, so engaging, so smashing at promo and so spectacularly compelling on stage. By the end of any gig they become the audience's favourite new band, if you want proof of that, scroll down any of their socials!

18,000+ loyal Facebook fans would ardently agree as would many presenters on BBC Introducing, 6Music, Radio X, XS and Amazing who play their tunes and have them in for interviews, and the Mayor of Manchester, he loves ‘em too. After being discovered by Seymour Stein (Madonna, the Ramones, Talking Heads etc.) Lottery Winners have spent the last two years recording tracks for their debut album which will be released by England's best new independent label in early 2020. We’re spoiled for choice on singles and are in the middle of firming up the order in which to release them and also the promo team that will present them. What we already know is that the first of their indie - pop bangers will be revealed in September prior to the album announcement at their September 28th Manchester show which sold out in a day. 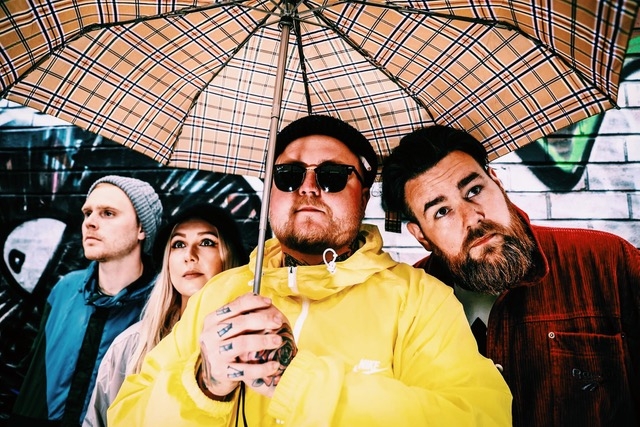