SPQR are known for making a visceral, new brand of art-rock. Already, the band have appeared at Off The Record, Liverpool Sound City, Dot To Dot, and Bluedot Festival.

The collection of songs saw the band receive praise for how unique yet developed the band’s sound was. Praise came namely from The Quietus, Dork and Line Of Best Fit. 2019’s follow up, Low Sun Long Shadows, was produced and mixed by Margo Broom (Fat White Family, Goat Girl) in London’s Hermitage Works Studios.
The EP was praised for the progression in the band’s sound, and the experimentation in new sounds and visuals to accompany the releases. Off the back of the second EP, the band featured in Spotify playlists such as All New Indie, The Punk List, and Hot New Bands amongst a host of others.
They also received radio play on Kerrang Radio, and BBC Radio One’s Rock Show. The trio of weird-rock misfits often deliver tight, staccato grooves with rhythm section Bex Denton and Jack Sanders providing the perfect foundation. Peter Harrison’s freaky guitar colourations and crystal-clear voice are often free flowing and sit atop the foundation provided by Denton and Sanders. 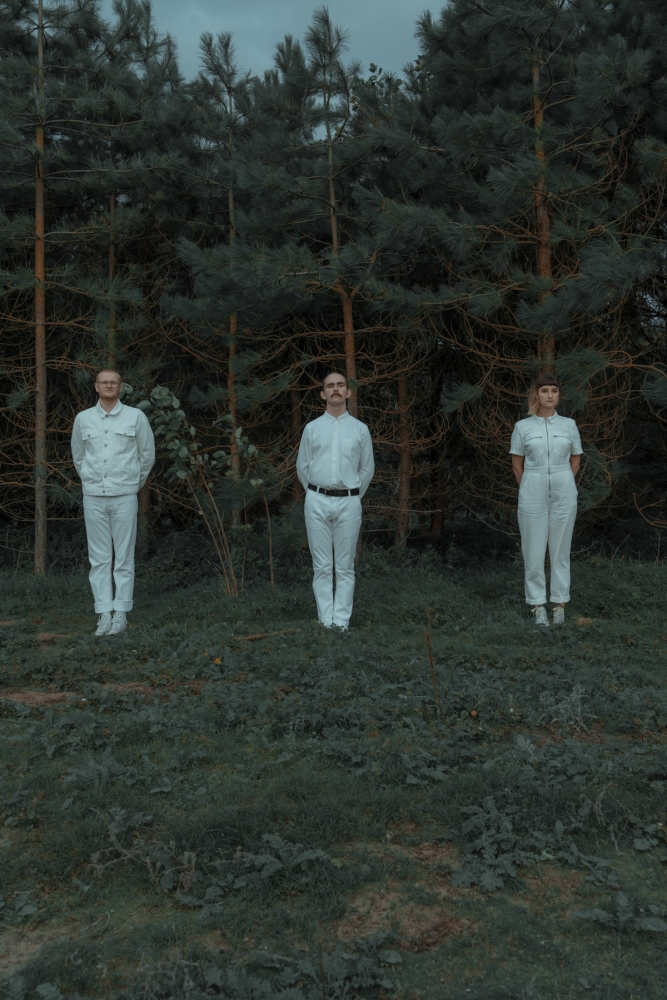