Sophie and The Giants

Putting feelings on paper has always come naturally to Sophie Scott. At 8 years of age, she'd write songs before going into the living room and singing them to her parents. "One was about a fire in my closet or something," she remembers. "I was like, woah! It's a metaphor for my brain! My parents just sat there thinking 'You're eight years old!'"

This instinct and need to methodically work through problems and hardships has continued throughout Sophie's life, and forms the backbone of Sophie and the Giants. After removing a number of bandmates who were holding the process back, the band formed their concrete identity in Sheffield. "London is probably where every band thinks to go," Sophie theorises, "but then you have to have a full-time job to afford to pay rent, and then get no time to make music." The move to Sheffield allowed the band to exist and grow out of the spotlight.

The band's first songs, collected on their 'Adolescence' EP from 2018, are a cast-iron mission statement that shows Sophie's adeptness at pushing through feelings of uncertainty and doubt, and gaining clarity from getting it out in the open. "It comes from the stress of not knowing what you're doing or where you need to go and having to be an adult when you don't feel like one. You're constantly gonna learn, and you have to deal with the fact that you'll never completely have your shit together." It's a mixture of self-analysation and a stretched out hand to others in a similar position, transmitted via heart-thumping pop music. The feeling is most strongly shown on single 'Waste My Air', a song recounting a toxic relationship from Sophie's past with a previous guitarist.

"Moving out of our house and telling him I couldn't play music with him anymore was a huge change for me," she says, just as she met the members that now make up Sophie and the Giants. "I had to sacrifice it to really go and do what I want to do. 'Waste My Air' is coming to terms with when something that feels good to you turns out to not be good at all." It's joined on the EP by 'Bulldog', a song talking about another troubled relationship that a member of the band went through. According to Sophie, the song says "we're a unit, and don't fuck with that".

"It was us recounting the experiences that we went through in order to get us to where we ended up," Sophie says. "It was our learning curve." After getting these lingering thoughts out with a bang on their debut release, Sophie and her bandmates are now turning the lens outwards with their next steps.

Signing to Virgin EMI, the band's platform has now exponentially increased, and it's taken as a challenge by Sophie to bring these songs of self-expression and tenderness to an audience that could need them more than they realise. "It's not done to please other people," she says, "but I'd like to be able to help. There's a lot going on at the moment with people believing that they can't speak about things because of what social media's done to everyone, and I want to be able to bring it back down to earth, and write songs that people can connect to, and songs that make people understand their own head as well as me just trying to figure out mine. Growing up, I was in my own world and thought no-one else understood me, and then I slowly realised that everyone feels like that, but we just don't talk to each other about it. I just want to bring a little bit more truth to music. It's the brutal truth but at the same time it's okay to talk to each other about this stuff. We understand each other a lot more than we think we do, and connecting to a song in that way, and having someone tell you that what you're feeling is normal and okay is really important, especially for young people who are all just figuring it out. It's just part of the process."

This lyrical openness is reflected in the band's music. While they sing honestly and without restraint, their music also doesn't hold back. A mixture of shiny pop music and earthier, acoustic-led elements, it's both pop music that isn't afraid to show the bones underneath the exterior sheen, and guitar music that makes no bones about its chart-topping ambition.

"There's not a hell of a lot of pop bands out there," Sophie suggests. "People are often turned off or a bit scared by the word pop. We're doing it as a band and putting guitars back into pop music and having that really powerful live sound. It's a really good time in music to have that sort of thing come back around." 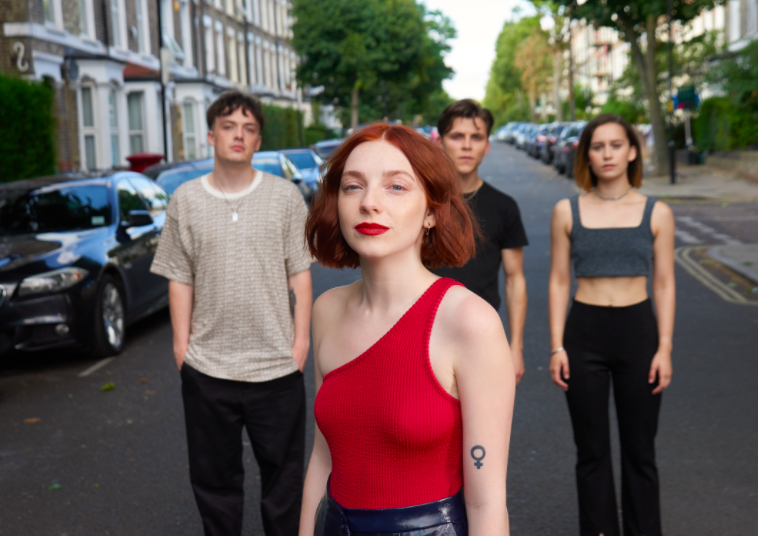