By most metrics, Rejjie Snow appears to be a rap artist and that's technically true. But he doesn't see it that way, and in any case the simplicity of the label (or any label, really) obscures what makes him different, which is pretty much everything. "I thought I'd be blacklisted from hip-hop for being Irish," he says, but that's only the most obvious thing setting him apart. It's not just that he grew up the only black kid on Dublin's Northside, where there's no music scene to speak of. It's that Rejjie is a scene unto himself. He lives wherever his suitcase settles, wherever the songs send him — Los Angeles, New York, London — making albums in the middle of making other albums, and tangling words into beautifully complex knots that blur biography with fantasy over a shifting mass of rainy loops, technicolor keys, and trippy percussion. And then there's his voice, deep and otherworldly, capable of riding a beat with metronomic precision, cooing to raw piano, or yawping Prince-like over a soul-rock-jazz groove. His influences are as disparate as George Michael and Charles Bukowski. He designs clothes and paints. He sees the moon as his first love. He almost had a career as a soccer star, but instead Rejjie has toured with Ma-donna, recorded with left-field dance genius Kaytranada and, after signing to 300 Entertainment in 2016, become labelmate to other outsiders like Young Thug and Fetty Wap. 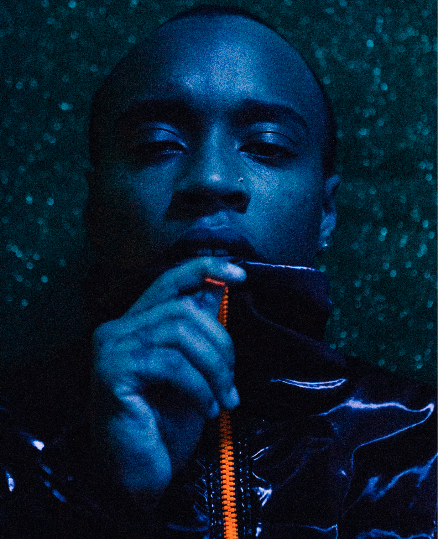