Teen punk band Polarized Eyes are Noah Lonergan (vocals and guitar), Amber Welsh (bass), Harry Heard (drums) and new edition Michael Berlingieri (guitar). The 16 and 17-year olds were brought up properly on the music of Patti Smith, The Who and The Clash and their sound is influenced by Nirvana, Royal Blood and Idles. They've been friends since they met at their North London primary school and started making a noise together in 2018.   The band has a rapidly growing following amongst supporters and fans of new, exciting music. At their last gig before the pandemic hit, they took the roof off a sold-out house at The Dublin Castle with an explosive live set. They can’t wait to be able to gig again and are set to play London’s Amersham Arms in June 2021.   In the meantime, they’ve spent lockdown honing their craft and continuing to write edgy, powerful songs that capture the zeitgeist of Gen Z – from global warming to racism and corruption. New single Real Boys, due out on 20th March 2021 is inspired by singer Noah’s gender transition and toxic masculinity.   Polarized Eyes gained national airplay with their first release, Storm, on Tom Robinson’s BBC Introducing Mixtape on 6Music when they were just 14 and 15. Subsequent tracks have gained stellar reviews and radio play. Their most recent release in December 2020, Blackout, was chosen by John Kennedy as his Hot One of the Week on Radio X and featured on Amazing Radio’s Audition Show and Boogaloo Radio. 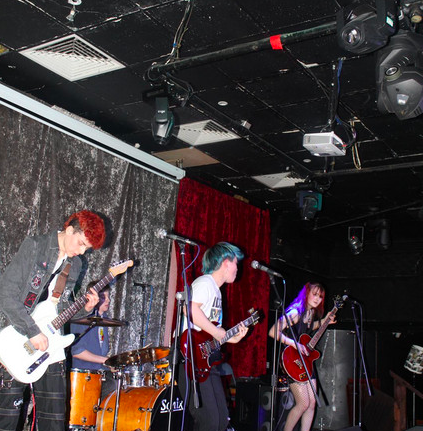