Murder Ballards is adapted from the 1995 album of the same name by cult artist Nick Cave and the Bad Seeds. A hybrid of theatre, music and cabaret, the show's four actor/musicians transport you to O'Malley's Bar in the town of Millhaven, 1882, in the wildest part of the old Wild West.

Weaving Cave's outrageous songs into a darkly comic narrative, the performers take you through stories of betrayal, blood baths and bar brawls. Expect a show full of laughter, horror, top-notch music and one of the highest death counts you'll ever experience at the theatre.

Catch them on Newbird street in the Unusual Arts Sourcing Company Marquee! 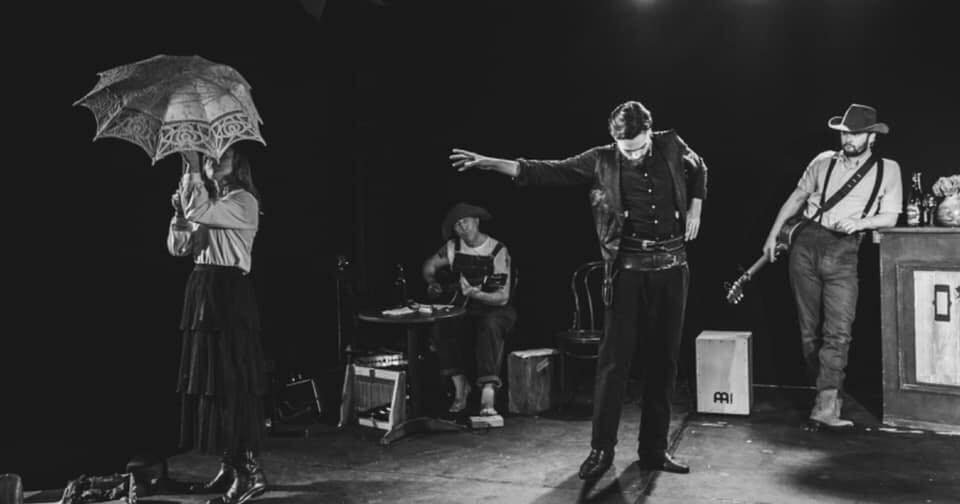