M O S E S have nothing in common with the saviour prophet – except great performance.   Matthew McCrilly (drums), Otta Bayley (guitar), James Creighton (bass) and Victor M. Moses (vocalist) - a rock'n'roll phenomenom.   They released an eponymous EP in 2016 and the ‘King Size’single in 2017. The results were gigs with Feeder, Ash, The Enemy, Frank Turner and Jimmy Eat World plus festivals including Reading, Leeds, Download, Kendall Calling and The Great Escape.   2018 started with a song on the Tomb Raider movie soundtrack, but some bad luck incidents made the band take a break.   That Autumn, MOSES returned with 100% DIY releases. This paid off with radio play, astonishing reviews and encouraging streams.   2019 was their album recording year and they also signed to AntiFragile Music that Summer.   Their debut album " Almost Everything Is Bullshit" is an uplifting soundtrack of 2020. Armed with arena-worthy songs and presence, MOSES are the band for YOU. 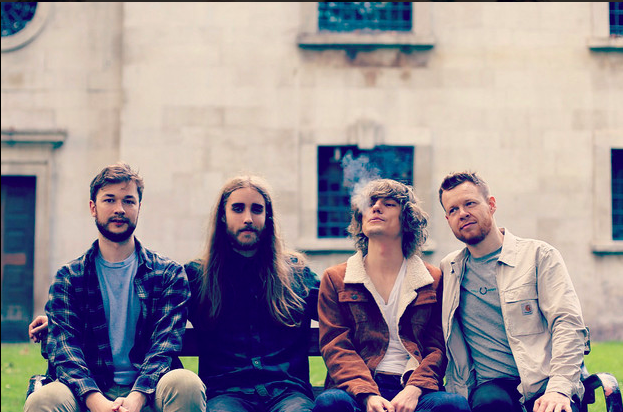