Scottish Music Award Breakthrough 2020 winner, 25-year-old Bathgate singer Luke La Volpe scored a Scottish Number 1 single with Dead Man's Blues last year. He's the latest singer to watch from the musical hotbed of West Lothian, home of contemporaries and friends The Snuts and Lewis Capaldi.   During the enforced hiatus of lockdown Luke released the Terribly Beautiful EP and organised the Sofathon Singalong online festivals in aid of the Music Venue Trust, helping grassroots music venues through the crisis. The charity invited him to become a patron alongside legends including Sir Paul McCartney and Billy Bragg.   He played Latitude Festival earlier this summer, supports The Lathums on tour in London and Dunfermline and has slots at Liverpool Sound City and Live at Leeds, plus a sold out headline show at Glasgow's St Luke's in December. New single Alter Ego "is for everyone that lost a bit of themselves this last 18 months but is fighting back to be the person they're meant to be." 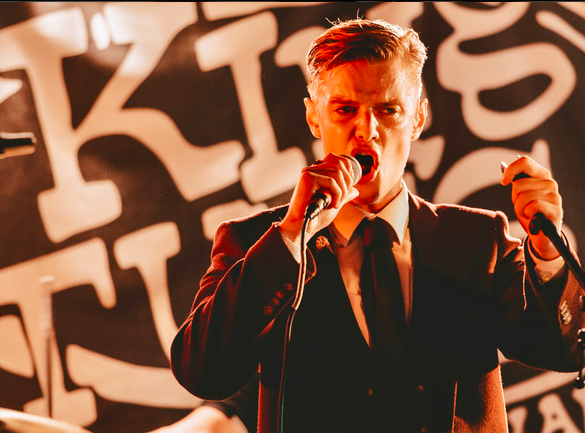