Engaging with June Cocó’s music is a liberating experience; not in the clichéd sense of feeling the shackles of
your existence burn into your skin and tearing them off with a loud roar only to indulge in shameless escapism from that point forth. Nor in the sense of a short lived escape where you press “play” and catch a glimpse of a different world for the duration of a song. June Cocó’s music and her album work on an entirely different level. It pulls you, gradually and slowly, away from reality and the constraints of everyday life, the city, the noise, the pressure. And when you come back up – maybe after the ten songs on “Fantasies & Fine Lines”, maybe, though, only after a second round – something has changed. You feel a sense of calm within yourself, a love of the world, a different perspective, the feeling that reality has shifted somewhat – a bit like waking up after a wonderful dream and having to sort your thoughts to figure out, which is real and which is an echo from the other side.

Searching and finding oneself. This is a common theme on the album. Often times it seems like people are being rushed through their daily lives, bombarded with information, running back and forth, news, endless communication, city life – with her music, June Cocó wants to show a way out.

An offer many people cannot resist: On Spotify, her first single “Neptune’s Daughter” gained real momentum and made it onto several popular play lists. The introversion is frequently mixed with a refreshing sense of optimism. Particularly on “Ready For Love”, the 2nd single, possibly the most ‘pop’ song on “Fantasies & Fine Lines” with a fantastic chorus, a choir and unexpected twists and turns.

June Cocó’s songwriting builds bridges into an in - between world. She works intuitively, dreams in songs, and if one of them still echoes in her head in the morning she rushes to her piano to catch it. She knows how to grasp these moments and to make the most of them, but the strength of her songs proves that she is not just a passionate, idealistic singer and songwriter, but also an experienced and skilled musician who has been honing her craft for years in hotel bars and other venues. Even the occasional cover version in her set can touch the audience, in fact, George Clooney once thanked her and introduced her to his parents who had accompanied him and were staying in the same hotel in the city of Leipzig. 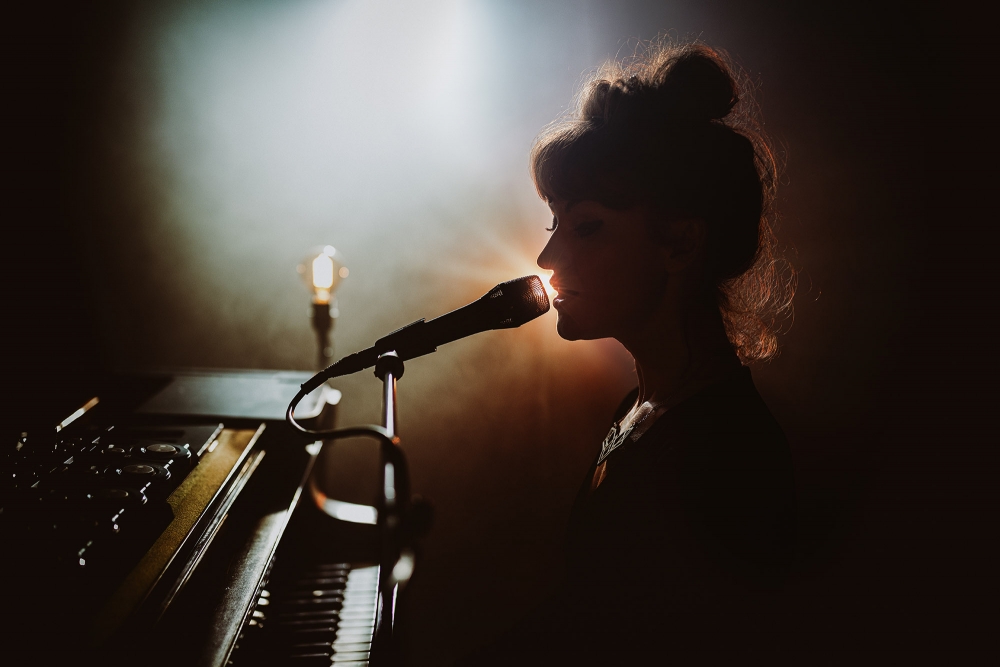