“All I’ve ever wanted to do is create a good time for people,” starts Chris Warr. “I want to create unforgettable
evenings with groups of like - minded individuals. I went to so many great shows as a kid and I got so inspired. I’d
love to be part of that story for the next generation.” Emerging from humble DIY beginnings in Manchester, having spent years honing their craft by self - recording and self - releasing their own take on alternative, grungy alternative rock. 2019 saw False Advertising finally release their debut album, Brainfreeze in November via Alcopop! Records. Recorded at Paul Epworth’s The Church Studios in London, the whole thing sees them confidently taking the next step, proving there’s more to them than a scrappy DIY punk band from Man
chester. “ We're better musicians, we're better songwriters, we wanted to make the best record we could. ” adds Jen.

United by a common thread, Chris and Jen wrote songs about exploring “those feelings of being trapped or
that your decisions aren’t your own, and so it can feel like a brainfreeze,” offers Chris. “I wanted it to build on the
chaotic energy as our previous work, but on a much bigger scale,” offers Jen. “ I was writing about a lot of the
frustrations I have. There are songs about being misunders tood and underestimated." "Hopefully it offers catharsis for people who feel like society hasn’t dealt them the best hand for one reason or another ” adds Chris.
Over the last few years, the band have honed their ferocious live performances, supporting everyone from
The Amazons and Idles to Everything Everything.

They played SXSW, were invited by Robert Smith to play
his edition of Meltdown festival alongside Deftones and Nine Inch Nails and put in appearances everywhere
from Kendal Calling, Truck Festival and 2000 Trees to South Korea’s Zandari Festa. The music keeps coming,
and so does the acclaim, with the band finding support from the likes of NME, Kerrang!, Dork and DIY alongside BBC Radio 1, BBC 6 Music and many others. It’s been all go. 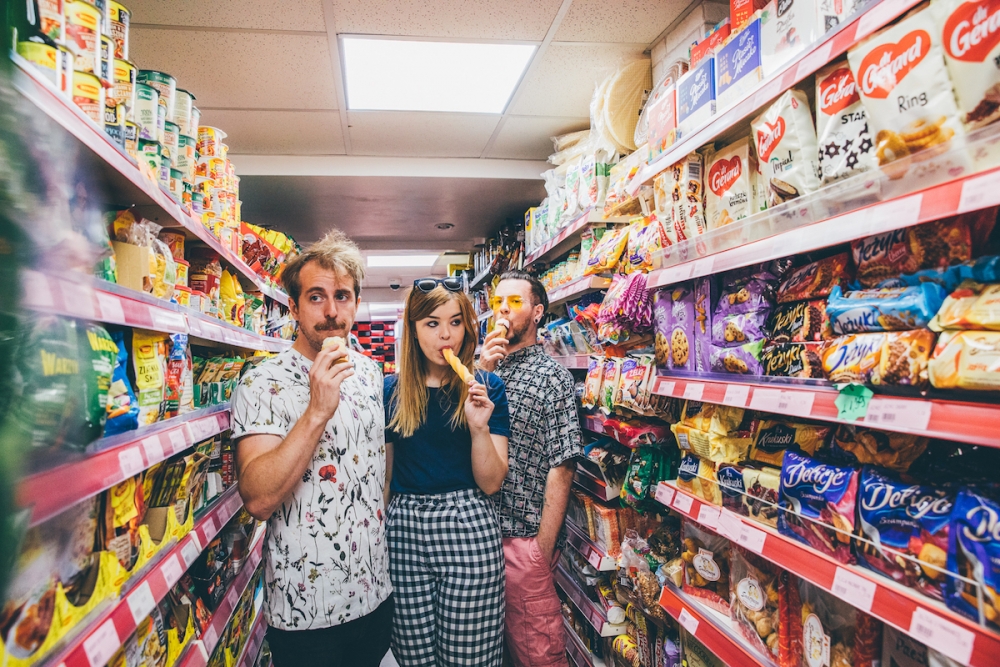