Dollie Demi is a singer songwriter and musician based in Manchester. The music is a mix genre of garage rock, pop and punk. They have a strong focus on sexual positivity and feminism within their music. Along with lots of energy and in their girl power performance. They have supported notable bands such as Dream Wife, Hands Off Gretel, Nile Marr and Queen Zee. They have headlined The Jacaranda in Liverpool and recently headlined Rough Trade East London. Dollie Demi are influenced by bands such as The Talking Heads, Bikini Kill, The Runaways, No Doubt, The Strokes and many more.

“Immediately, these four showed what they were all about: funk, glam-rock with a slight pop touch and some very cheeky lyrics. Seriously sassy stuff. The group’s sound is charged with energy that only comes from performers really enjoying themselves. Make no mistake though, despite the theatricality and lead-singer’s snazzy rainbow tiger-stripe catsuit, they were no novelty act, nor there just for fun. Yes, the brightness shone through, but only because of the songs being wonderfully written and delivered.- Louder Than War 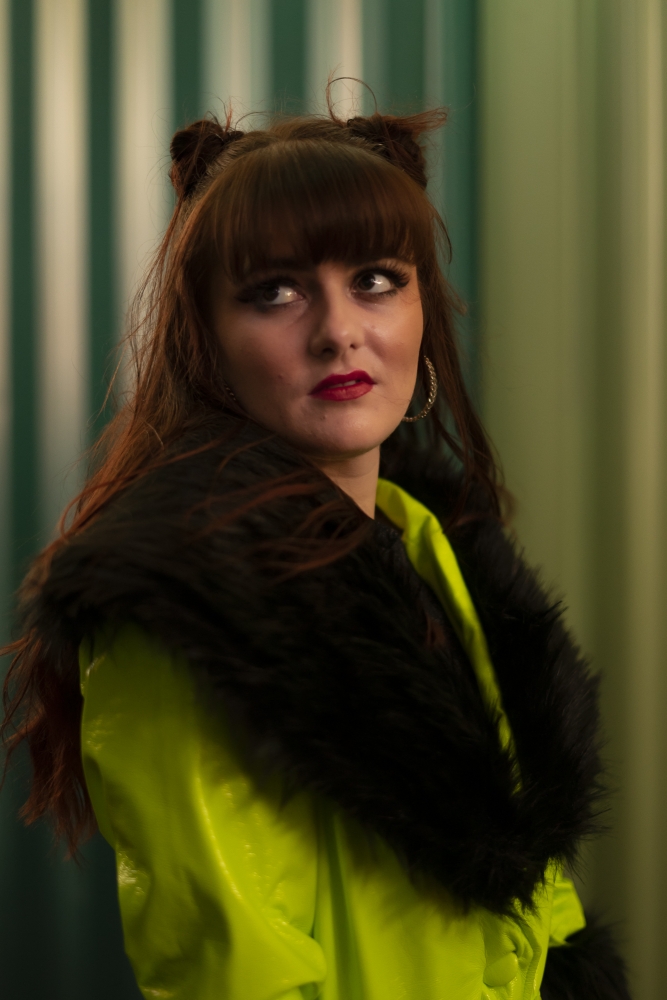