Diving Station’s harp - driven dream pop is the sound of a young band in full bloom. Meeting at music college in Manchester, their four contrasting personalities result in detailed, interwoven arrangements inspired by the likes of Big Thief, Dirty Projectors and Alvvays. Since then, Diving Station have worked together to self - release two
distinct EPs: Alice and Feather Mouth. Both these releases demonstrate the ethereal, energetic and lyrically poignant material that the band have become best known for. Working with producer Hugo Meredith - Hardy (David Gray) in the lake - side surroundings of his studio in Cambridge, Diving Station have found inspiration in
their tranquil surroundings. Whilst their debut EP ‘Alice’ shows a raw and organic sound; their sophomore release ‘Feather Mouth’ brings to light a more focussed approach. Most recently their latest single ‘Film’ shows the band in a sonic in which they excel. In their short time together Diving Station have already appeared at Glastonbury, Bluedot and Dot to Dot Festival and made bills alongside esteemed bands such as Caro, Thyla and Cherry Glazerr. Making headway on radio as BBC Introducing favourites, Diving Station have been shown support from Guy Garvey, Steve Lamacq and Tom Robinson at 6 Music, with Bob Harris also showing support at Radio 2. 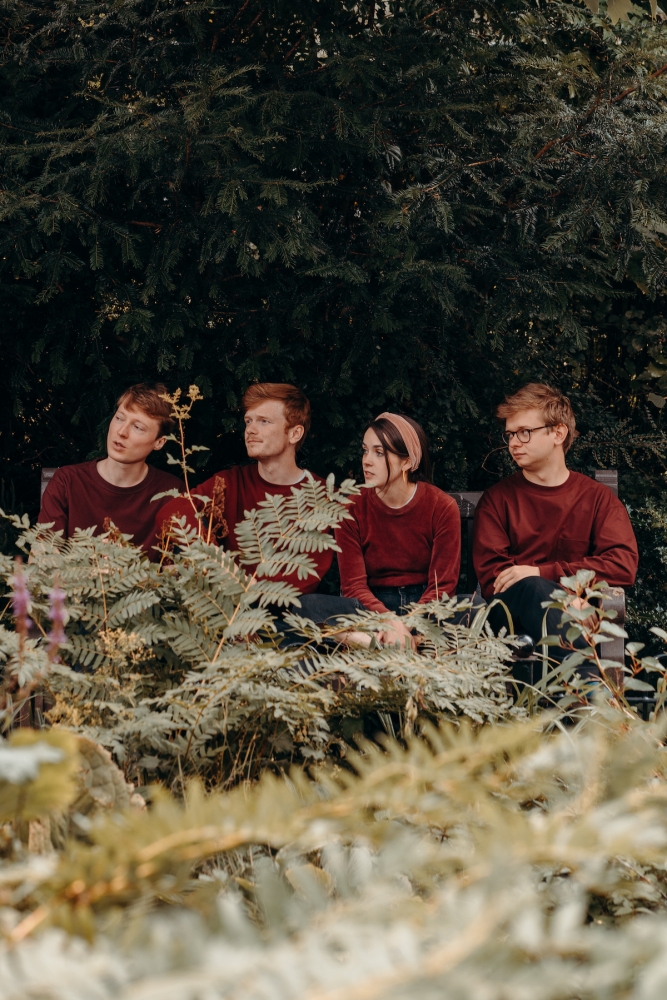