Hailing from the outskirts of Glasgow, Connor Fyfe is a triumphant musical force to be reckoned with. Simply beyond his years as a musician and with his richly textured vocals accompanied by his transcendent guitar skills, he performs from a place of raw emotion which connects with his fans who are hooked on every line he sings and every note he plays.

After launching his debut album ‘Don’t’ to a sold-out show just as the world locked down he persevered and played countless online live shows and continued to write and record songs from his bedroom where he was able to flourish as a musician and songwriter. This determination is what is most admirable about Connor, as not only is he talented but incredibly hard-working and invested in his love for music.

Connor looks forward to gracing the stages of iconic Scottish venues on his first sold out headline tour in October 2021 - which saw him becoming the youngest ever artist to sell out King Tuts in 24hrs.

Connor is set to play festivals all over the UK this summer. Despite being 14yrs old it's undeniable he deserves to be on every bill he plays as his natural musicality will connect with audiences far and wide.

His latest single 'Truth be Told' entered the Official Scottish Chart at no 20. His new release ‘Pray’ takes inspiration from the likes of Sam Fender with impressive arena-sized guitar riffs and resounding vocals. This is only the beginning of what is set to be a successful chapter in Connors musical journey. 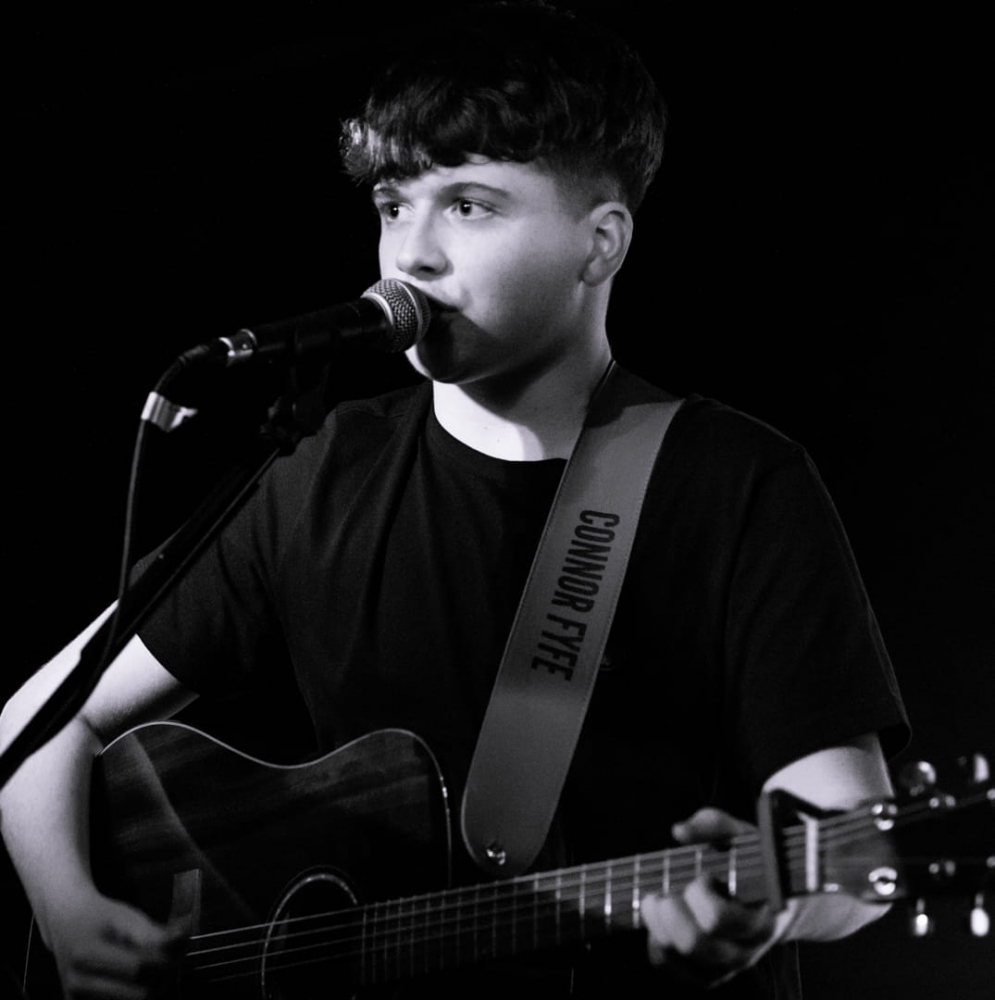