If the classic stereotype of psych is one rooted in stoned jam sessions and 40-minute noodling guitar solos, then this decade's Into this lane come London duo Club Kuru. Drawing simultaneously from the emotionally visceral '60s and '70s influences that they were raised on, as well as more formal classical training and self-taught production skills, it's this combination of drama and detail that sits at the heart of their heady, densely idea-packed output. Last year, the band – Laurie Erskine on vocals and completed by guitarist Laurence Hammerton – released debut LP 'Giving In' – a two-and-a-half years in the making, entirely self-recorded and produced record of warm, enveloping psych rock that exemplifies all these ideas. After gaining 6 music play listing, a sync on HBO’s High Maintenance and having played a UK tour with a sold out show at London's Moth Club, they're now building on those foundations and have finished Album Two. As with most things, it took a series of refinements to get to this point. Formed originally as a solo project several years back when Laurie decided he wanted to move away from the then-dormant London jazz scene that his music school education had naturally placed him in, it was only when Laurence came on board that Club Kuru began to fully cement itself in the sonic world it sits now. “Everyone teased me when you came to that audition that I'd fallen in love,” jokes the singer to his bandmate of their immediate connection. Over the course of a few years, Erskine then built and ran a studio in Manor House. Though the building was eventually knocked down (a classic London tale), his tenure there gave him the opportunity to master things on the other side of the mixing desk. “In the year or two we had the space, I learnt a lot about production and songwriting, and that enabled us to make the album entirely ourselves,” he nods. Then, when they moved out of that space at the end of 2017, the pair decided to move in together in South London – turning their living room into a home studio and throwing everything into a living-working, all-in commitment. “It was then things started to happen much more quickly and with a clearer direction” recalls Hammerton. The space itself – an “old granny's bungalow” situated down a quiet street amidst a row of pensioners – is a fittingly quiet and closed-off place for the pair to make their hub. “No one knows what we're doing down there; it's just this odd little place but it's perfect for us. And as soon as we got there, everything started to work better,” Erskine continues. And with their roots bedded down and everything in place, Club Kuru started to refine what they'd began with their debut and hone their sound even further. Rooted in the classic songwriting of decades before them, but the modern production of the current crop, it’s a sound that embraces ideas from a wide pool. They make a point of recording the majority of their work to tape using analogue equipment from a bi-gone era. Citing Neil Young and Shuggie Otis, Iggy and the Stooges and Hammerton’s father’s band Sands all as influences, the result, says the guitarist, “tries to find the inner point of the three circles of psych, soul and jazz.” Lyrically, meanwhile, Erskine is now turning the lens outwards. Channelling ideas of outsiderdom and overblown romance, his are often oblique tales rooted in the hazy shadow regions of the human psyche. "I've been reading a lot of John Fante's Bandini books,” he chuckles. "I just related to this really naughty boy who was really lost and thinks he's a brilliant artist but doesn't get any recognition. That really struck a chord with me…” If the tortured artist path has somewhat rung true previously, however, now Club Kuru are treading stable and productive ground. With European headline shows set for 2019, tour support around France with the formidable band; Jungle and LP2 set for release this spring, they’re building on the foundations of something special. Just two men, in an old lady’s bungalow, create their own sonic world... 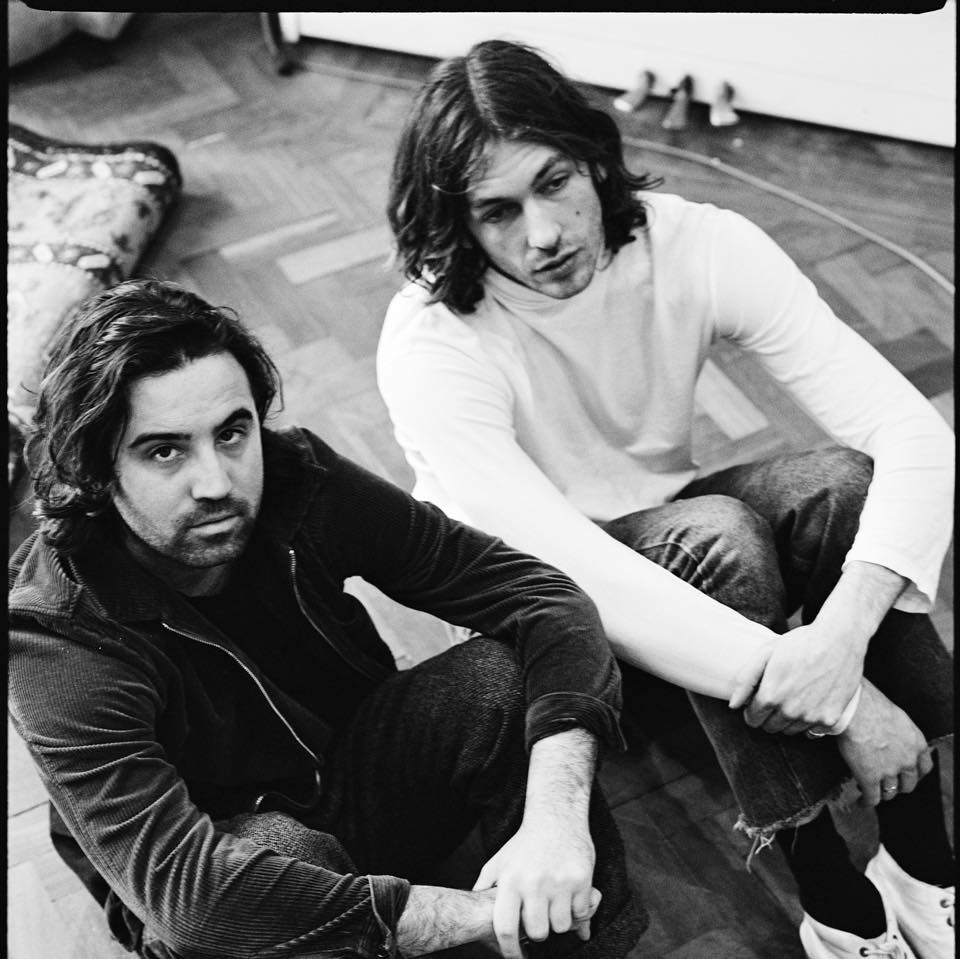