Amina was awarded the LJMU Citizenship award for her active and community engagement work and awarded the best North West volunteer by Human Appeal. She was long listed for the Jerwood Poetry Fellowship a, awarded as a Young Associate for Curious Minds and BBC Words First Finalist 2019.

In collaboration with Liverpool Arabs Arts Festival, she has partnered with Liverpool and Leeds University in delivering its first ever-national arts engagement project- funded by the British Academy. Amina is currently developing a spoken word monologue supported by DadaFest, inviting the audience to a 1970’s Yemeni-British household, untangling what it means to belong.

Her recent commissioned work for Tate Liverpool responds to Theaster Gates Exhibition, Amalgam. Also, she shares her journey as an artist and activist at the Moving on up: Making an impact with your career at Merseyside Maritime Museum. Amina will be supporting Simon Armitage on his Laureate’s Library Tour 2020.

Amina has worked as a support art engagement worker, supporting and engaging young people in arts and culture. She is hoping to publish her own poetry collection by 2021 and touring her work around the UK. 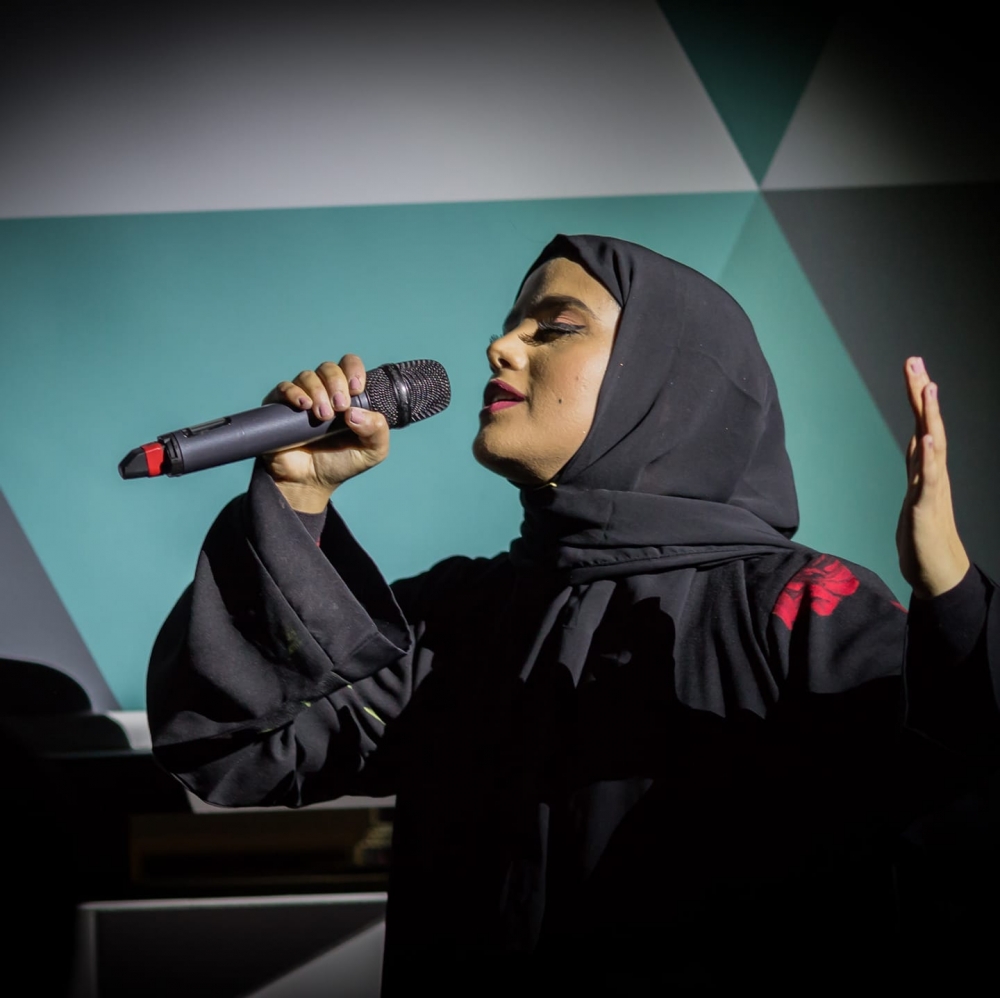