allusinlove are a four-headed monster. A rock and roll band that play pop music in high-velocity assaults. They make music to move you. Music to fuck to. Music to fight to. Music to fall in love to.

The band – consisting of Jason Moules (Vocals/Guitar), Andrej Pavlovic (Guitar), Jemal Beau Malki (Bass), Connor Fisher-Atack (Drums) – has existed, under various guises, for around six years. Originally from Castleford, an old mining town in West Yorkshire, they were brought together by a mutual love of smoking weed and the hazy idea of forming a cross-dressing band, with little aim other than to shock people for the hell of it. When their first gig, on Halloween night 2012, resulted in eight bookings in as many weeks, they knew they were onto something altogether more special. 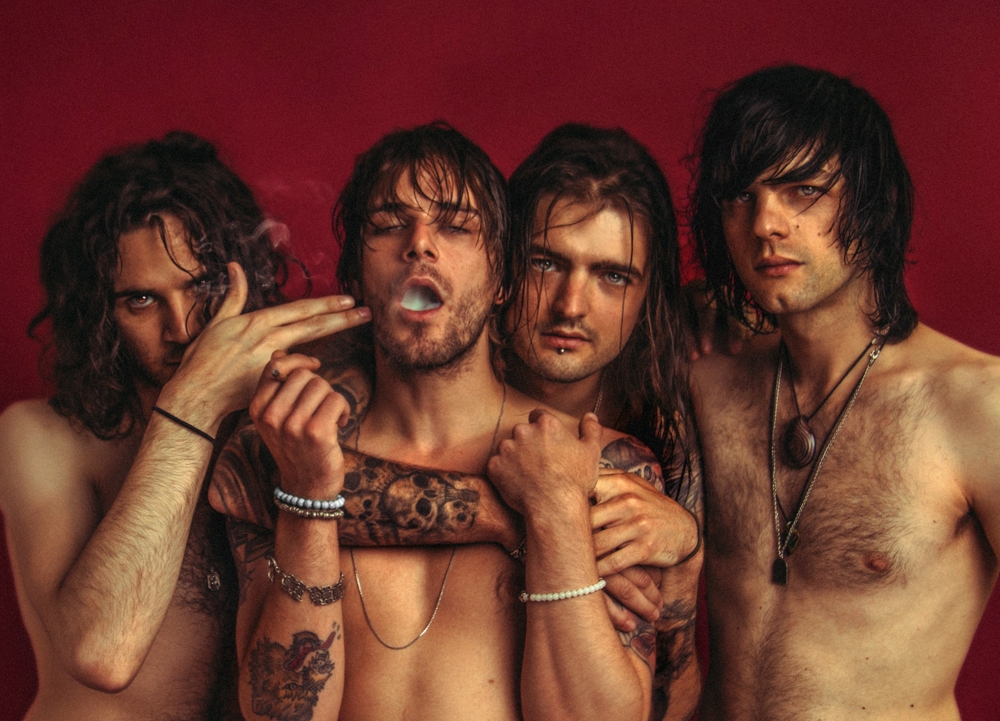