The Cavern Club first opened its doors in 1957 and is not only the cradle of British popular music, but also the place where The Beatles identity was formed. The band played in the cellar club in Mathew Street 292 times and
helped pave the way for other legendary acts to follow including, The Who, The Kinks, Elton John, The Rolling Stones, Stevie Wonder, Queen, Oasis, Arctic Monkeys, Travis, Elbow, Jessie J and Paul McCartney to name a few.

Today the club is not only a mecca for Beatles fans and tourists alike, but a fully functioning live music venue offering 3 stages (including The Cavern Pub) and non-stop live music daily from 11am until late. The club’s iconic front room stage pays tribute to the rich musical heritage of the clubs diverse history, whilst the more modern ‘Live Lounge’ stage hosts top touring artists, modern upcoming original bands and top tribute shows. The Cavern has also been voted as one of the UK’s top 10 UK tourist landmarks by TripAdvisor for the third year running! All this makes this cellar club in Mathew Street Liverpool truly… the most famous club in the world! 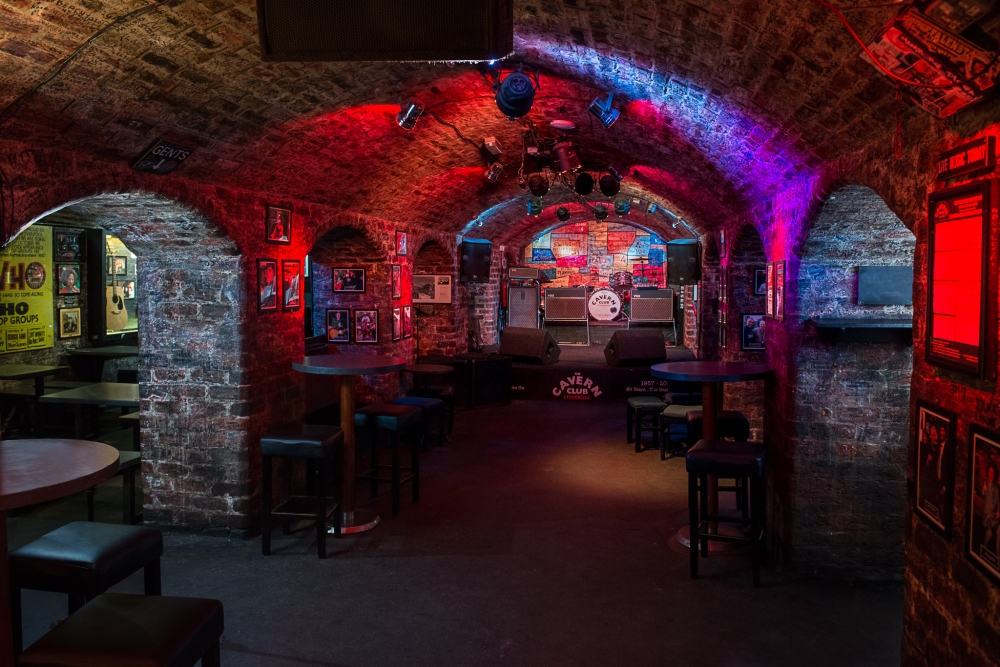