Sound City partners with scotts Menswear for Bandzai for Bandzai! The Ultimate Battle Of The Bands

Sound City has partnered with scotts Menswear for Bandzai – a new battle of the bands that will be broadcast around the world on Sound City’s own Guesthouse streaming platform, sponsored by TuneCore.
100 acts will be selected by a panel of industry and artist judges to star in the competition, with the Guesthouse audience voting for the ultimate victor.

The winning act will take a grand prize of £10,000, a place at Sound City, a 3-day recording session at Parr Street Studios, as well as featuring in scotts’ XMASLIVE campaign, with more prizes to be revealed.

The Bandzai judging panel will be made up of artists and executives from a range of music companies including Gorillaz, Vevo, TuneCore, Parr Street Studios, Island Records, Sony Music and more.

Applications are now open. There are no restrictions on entrants, with all genres and styles welcome.

To apply and find out more, visit here.

Dave Pichilingi, founder of Sound City and Bandzai, said: “This is an important event. Artists have the unique chance to perform for big audiences on Guesthouse as they compete for a once in a lifetime opportunity, reaching people across the world with their music. We have been working closely with artists and producers over many years and this is something that can really help to connect artists and audiences like never before.”

Paul Ramsdale at scotts Menswear, official sponsors of Bandzai, said: “scotts are strong supporters of grass roots music - it’s something we are very proud of. With the recent climate, it’s key we keep up this support for both established acts and the next generation, giving them a platform to express themselves and showcase their talent.” 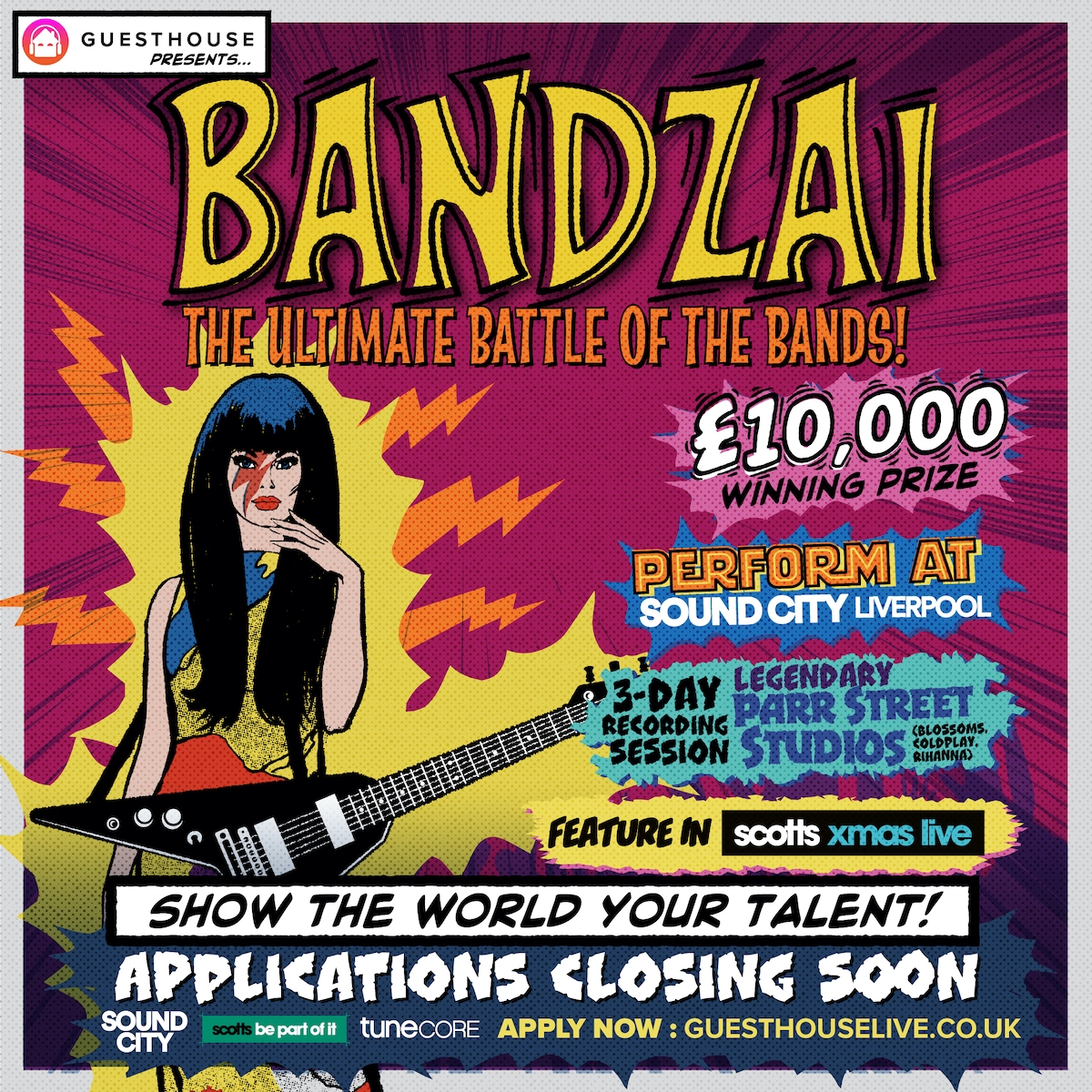