The Scottish Alternative Music Awards (SAMA’s) have team up with Liverpool Sound City to bring a showcase of artists that encapsulates the thriving talent coming out of Scotland. Taking place at the Jacaranda Friday 29th April (1830-2030) the SAMA’s will host indie-rockers Dictator, hip-hop artist Chef and electro-pop songwriter NANI.


After a wildly successful start for SAMA 2021 winners Dictator (IG: @dictatorband Twitter: @Dictator_Band), with three sold out headline shows in Glasgow and Edinburgh in the space of the last year, the band continue to carve out their place in the industry. Combining the sleek electronics with an indie sensibility, producing the perfect musical alchemy which has turned the heads of BBC Radio 6, RadioX and even actor Robert Carlyle. In defiance of the challenges of the pandemic, Dictator have continued to release music and doing all they can to keep their creativity at the forefront of their act, proving the passion they have for their music is very much sewn into their songs.


Austrian-born, Edinburgh-based NANI (IG: @nani_musiq Twitter: @nani_musiq) has been making waves in the Scottish music scene with her range of dreamy synth-pop and guitar driven alt-rock songs. Since her debut release in 2019, the artist has achieved slots at the famous King Tuts, The Great Eastern Festival and support for Coach Party and Carrie Baxter. Taking on Liverpool with the freshly released single ‘Darling, as well as material from her debut EP ‘Pure Frustration’, NANI is sure to win the hearts of all the new fans that await.


Born and based out of Aberdeen, Hip-Hop star Chef (IG: @This_is_chef) is one of the most sought after artists to grace the Scottish Hip-Hop scene. With his skills in almost all areas of the industry, the rapper and creative director has been whipping up a storm since 2019. With his singles and features being praised by BBC, Clash Magazine and the Guardian most prominently the feature on Aiitee’s award nominated album ‘Love Don’t Fall’. His blistering live performance will draw all the attention on to his pounding beats and razor sharp flow. 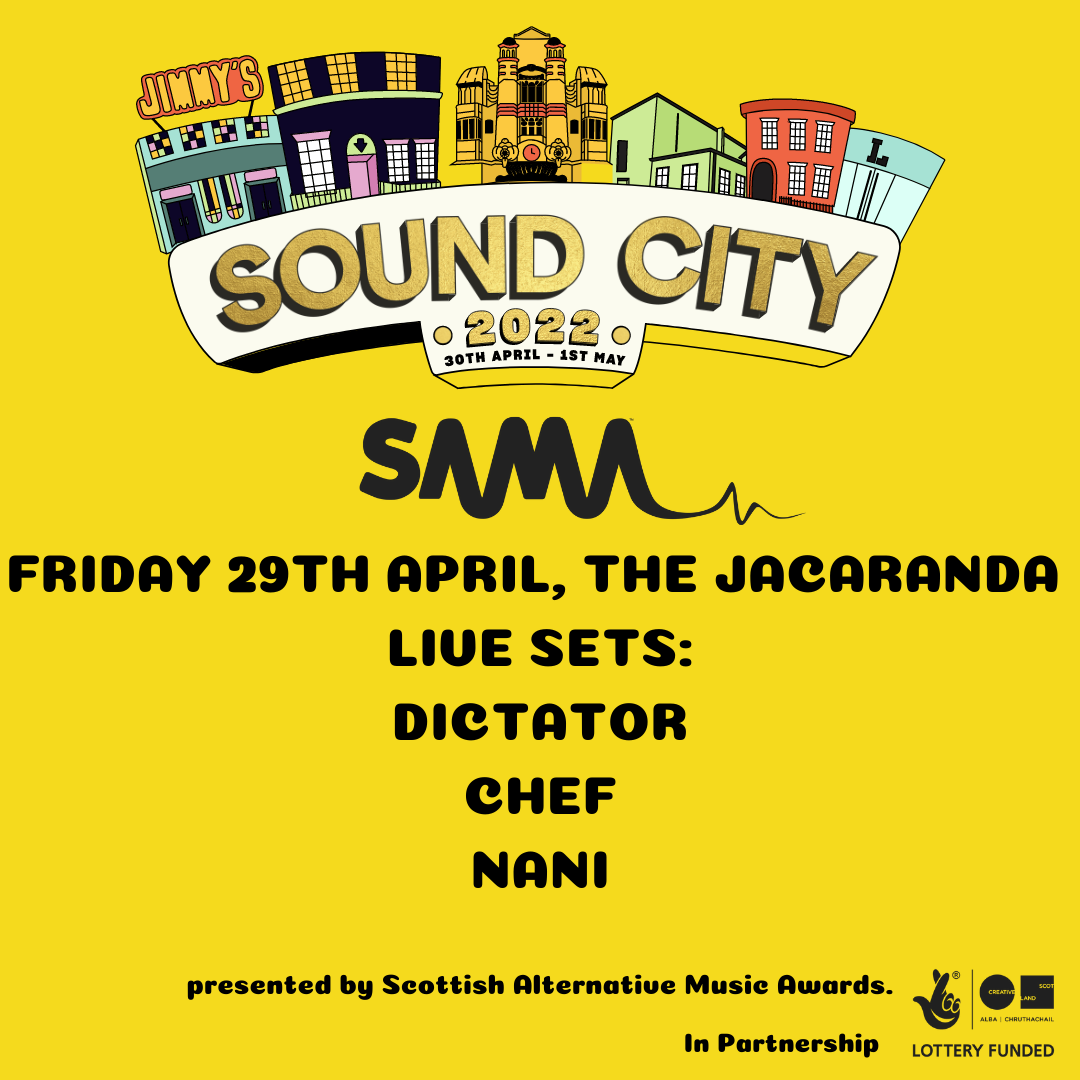