New Speakers Revealed For Rip It Up (Remixed)

Following its exciting launch back in January, Rip It Up (Remixed) is today adding even more names to the already esteemed and illustrious list of confirmed speakers and course mentors for the 2022 edition.

After a breakthrough inaugural year, Rip It Up - the curated and bespoke bursary programme that provides a platform and direction for the next generation of Black, Asian and diverse talent to make their mark on the music industry in the months and years ahead - launched its second iteration: Rip It Up (Remixed) earlier this year.

After graduating from LIPA (Liverpool Institute For Performing Arts) Vanessa Bakewell, the Global Client Partner for Music, Audio & Movies at Meta, has crafted an enviable career path working with some of the biggest companies in music media including EMAP (now Bauer Media), Google and YouTube, before beginning her role at Meta.

Vanessa Bakewell of Meta said:
"It's an honour to be invited to share my advice with the successful applicants of this year's Rip It Up (Remixed) initiative as we work towards striving for a more fair and inclusive music industry landscape."

Ben Wynter, AIM's Entrepreneurship & Outreach Manager will also be on hand to share invaluable advice with Rip It Up (Remixed)'s successful applicants. Day to day Ben helps music entrepreneurs and rights holders to navigate the music and media ecosystem to maximise the potential in the rights that they own. As the co-founder of PRS’ Power Up! initiative (designed to end anti-black racism and create a fairer and more equitable music industry in the UK) he has an acute understanding of the importance of elevation programmes such as Rip It Up.

Working as Meta's Creative Strategist, Jane Kinnaird is an award-winning conceptual digital creative director whose previous brand clients include massive names such as Microsoft, SONY, American Express and Manchester United. Kinnaird will be on board to offer extremely useful advice on how to create, nurture and growth winning social strategies in the increasingly fast paced digital age for the successful applicants.

Gemma Farrington, Sync Executive at Sentric is also announced as a speaker today, and will be able to help navigate Rip It Up's class of 2022 through all things publishing.

Gemma Farrington of Sentric said:
"I’m so excited to be a part of Rip It Up! Music is such a key, highly consumed part of our culture and so it’s really important for there to be inclusion and representation throughout the music industry. Clearly everyone’s not on an equal playing field and so we need initiatives such as Rip It Up to create opportunities and lower those barriers."

And joining them is Phil Loutsis, VP Community Support at AWAL. Working at the company since 2011, Phil is well versed in the tools and support needed to help develop the AWAL artists and labels that make up the wider AWAL Community. The company offers unsigned artists a comprehensive service including global distribution, marketing to release management and A&R, making Loutsis an invaluable point of call for Rip It Up (Remixed)'s selected applicants.

Phil Loutsis of AWAL said:
"Music is about telling stories and it’s best the industry is the infrastructure that nurtures those storytellers and helps them develop an audience. It’s critical that the music business is run by people that reflect both the diversity of the creators and the diversity of the audience we serve. This sort of initiative at Rip It Up (Remixed) will move the needle."


Welcoming in a new generation of creatives and talent to the music industry, Rip It Up began in 2021 in response to the growing disparity when it comes to racial equality within the music industry. Not just addressing and confronting this head on, its programme spanned across 10 weeks of educational insights from a vast array of modern trailblazers shaping the music industry of the future but also providing the opportunity to elevate their work and careers through paid-for work placements, bursaries and support. Helping guide its first class of rising creatives, Rip It Up returns this year to help support another vital crop of exciting new talent.

In 2021, Rip It Up helped elevate tangible change within the music industry - with successful applicants taking their skills and expertise following the programme into placements within music journalism, artist management and industry bodies alongside artists securing record deals with famed independent labels such as Lab Records. Equipped with a greater understanding of the frameworks that exist within the music industry in 2021 and beyond, its impact is already being felt - with 2022 promising a further class of exciting new talent ready to embark on their own creative journeys and breaking apart the long-standing barriers of entry for an entire generation of aspiring Black, Asian and diverse creatives.

Lending their expertise to Rip It Up are an array of artists, industry figureheads and experts all looking to give back to a new generation of music industry talent. From spotlight speaker sessions, to mentorship and debate insights and mentoring - this crop of individuals will be investing in the future in their own individual ways across the programme. Helmed by course leader and long-standing industry innovator Yaw Owusu (Executive Manager of THE PLAYMAKER GROUP and involved extensively in the PRS Foundation/Power Up), talents from all corners of the industry will be offering their insights. From Kadeem France, frontman of one of the UK’s most invigorating new rock bands Loathe, Lily Fontaine (lead singer of hotly tipped alternative newcomers English Teacher), Ellie Best (RCA Records), Liam James Ward (General Manager of Something Something Social), Elli Brazzill (Music Editor at Napster) and Mike Cave (Mixing & Mastering Engineer who’s previously worked with the likes of Lewis Capaldi, The Lathums and Camelphat) to name but a few - Rip It Up promises to continue its undeniable legacy as one of the first programmes directly helping drive that call for greater opportunities and platforms for young Black, Asian and diverse talent to make that step into an industry crying out for greater diversity and inclusion. 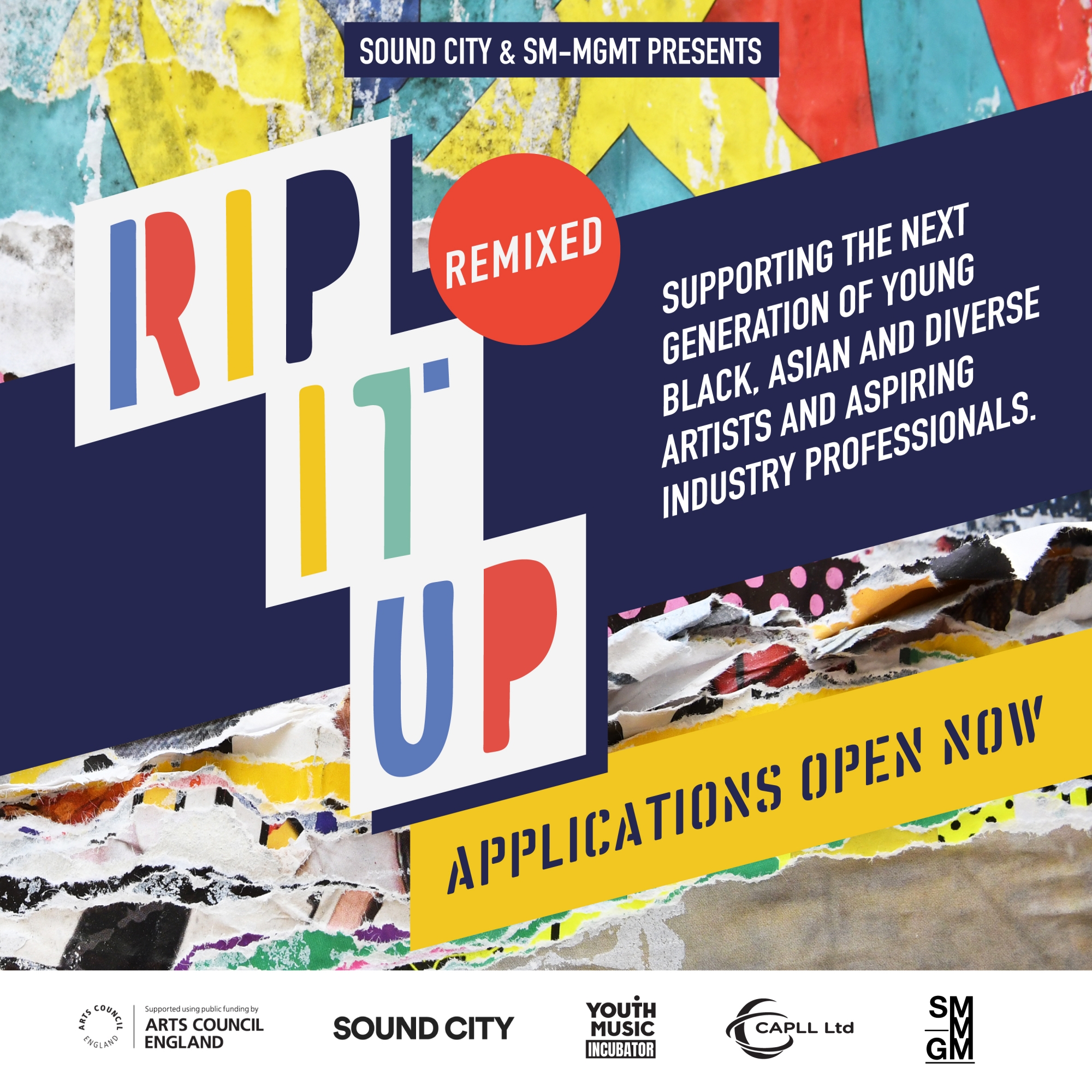