Seye Adelekan’s music career spans one and a half decades as a session musician, writer, producer and film scorer.

Over that time, the Nigerian-born, British multi-instrumentalist, hailing from South London, has recorded, written and performed with an array of big names such as Paloma Faith, Ellie Goulding, Birdy, Mumford and Sons, KT Tunstall, The Noisettes, The Very Best, Self Esteem, Noel Gallagher, La Roux, Afrikan Boy and YOTA – as well as being the current bass player in Gorillaz’ live band.

Adelekan is one of the mentors on Sound City’s Rip It Up bursary programme, which supports 10 Black, Asian and diverse artists and aspiring industry professionals aged 18-25 from across the North West, helping them make an impact in the music industry.

Over the course of six months, young creatives on the Rip It Up programme will immerse themselves in informative sessions covering topics such as social media, getting gigs, recording and production, publishing, radio and press, strategy and campaign management, funding, and how to build an effective team.

The 10 selected applicants will receive extensive support from the very beginning of the programme including training and mentoring. Aspiring executives will do paid placements within creative businesses to kickstart their careers, while artists will receive funding to record a single and promote the release.

We sat down with Adelekan to get his take on today’s music business and what young people need to do to break in.

I have been alright during the pandemic, thankfully. Honestly, I was going to be taking the time out anyway because I have been in a phase of my life where I have been making massive changes and was slowing things down a lot. The pandemic almost concentrated that effect. Thankfully, I was in a good place physically and mentally to get by. I worked on a bunch of new music as well, which was really good. I’m not really going to get this much concentrated time again.

You've been in the business for around one and half decades now. A lot has changed in that time! Has much changed in terms of the way you do things?

Me personally, I do things in largely the same way. Sure, you can now make songs across continents with Zoom, Dropbox and so on, but the way I get work and the way I like to work is the same. I meet people organically, either through friends or a personal recommendation, get together in the studio, a rehearsal space or in a pub and just get to know them. The most important part of any recording or writing session can be the hang because that can directly affect how you work with someone. Having a good rapper will often mean that your work is better, and I like to make the people I work with feel good, which shows in what we do. Social media has changed as well, actually, I have met a lot of people through Instagram. I even found my new flat on Instagram!

You've had long-term success and worked with a lot of big names over the years. What do you think makes a successful artist in the business today?

Today you need to be on social media. That’s one thing that I think differs from some of the big names who have gone before. It’s almost an imperative. If you’re a new artist now, you first have to establish yourself and THEN quit. You can’t just not be on social media. But I think there is a way of doing it, you still have to be authentic. You can tell if someone is just doing TikTok because their management or label say so, and you can tell if their tweets or Insta posts are contrived. The best accounts show a side of the artist that’s unfiltered -metaphorically and actually - alongside promo and getting involved in social media trends.

On top of that, I think most successful artists these days have some working knowledge of production software. It’s a real plus and I would recommend that everyone has a basic knowledge of something like Logic to get demos and ideas down.

As if the pandemic isn't enough, musicians have also been hit by the Brexit fallout. Obviously new and emerging artists are going to really struggle to tour Europe as things stand, but what's the impact on an established and successful band like Gorillaz, for example?

Honestly, I can’t really speak for the band as I don’t know those ins and outs, but it affects all of us. These issues are not contained to any particular size of artist or band. If anything, new artists who are yet to establish themselves have the benefit of having no pressure or expectations from fans to make it to their country or city. They can see what the current rules and regulations are and start from that point as opposed to trying to adapt a decade of old ways into a new world. This is just me talking, by the way, and I must re-iterate I don’t speak on behalf of Gorillaz at all but, yeah, it’s hard for everyone and is going to affect everyone.
You're a mentor on Sound City's Rip It Up programme. Obviously, every individual may need something different, but what kind of advice would you give to a young person entering the music biz - particularly someone from a marginalised background?

Make your own opportunities and don’t wait for them. If you want to play a show, then put it on. Find a venue - a hall, a pub, a park - and put on your own show. I started out doing that with my band when I was 14. We would promote, book and merch our own shows. It means you don’t have to wait for anyone else, and you would be surprised at who is willing to help you do it. Especially if you’re from a marginalised background, you can’t expect doors to open up in the same way for you, you have to make your own doors or find a window! And also, most importantly, be kind.

What's your take on inclusion and equality in the industry in 2021? How much progress has been made? What still needs to happen?

Well, we live in a time where music of black origin is, unequivocally, the most popular and prevalent and spans all genres - because, yeah, rock and roll music is music of black origin - so we are seeing the music everywhere but not the representation, I would say. Definitely not behind the scenes, from executives to promoters and touring professionals.

I think there are a lot of old boys’ clubs that need to be opened up to let others through. A lot of progress has been made, but there is still a way to go. I want to work in an industry where working at a label, on a tour or in a theatre with mostly diverse people isn’t some charity or a statement or protest - it just so happens that that tour, label or theatre has those people working there.

Find out more about Rip It Up. 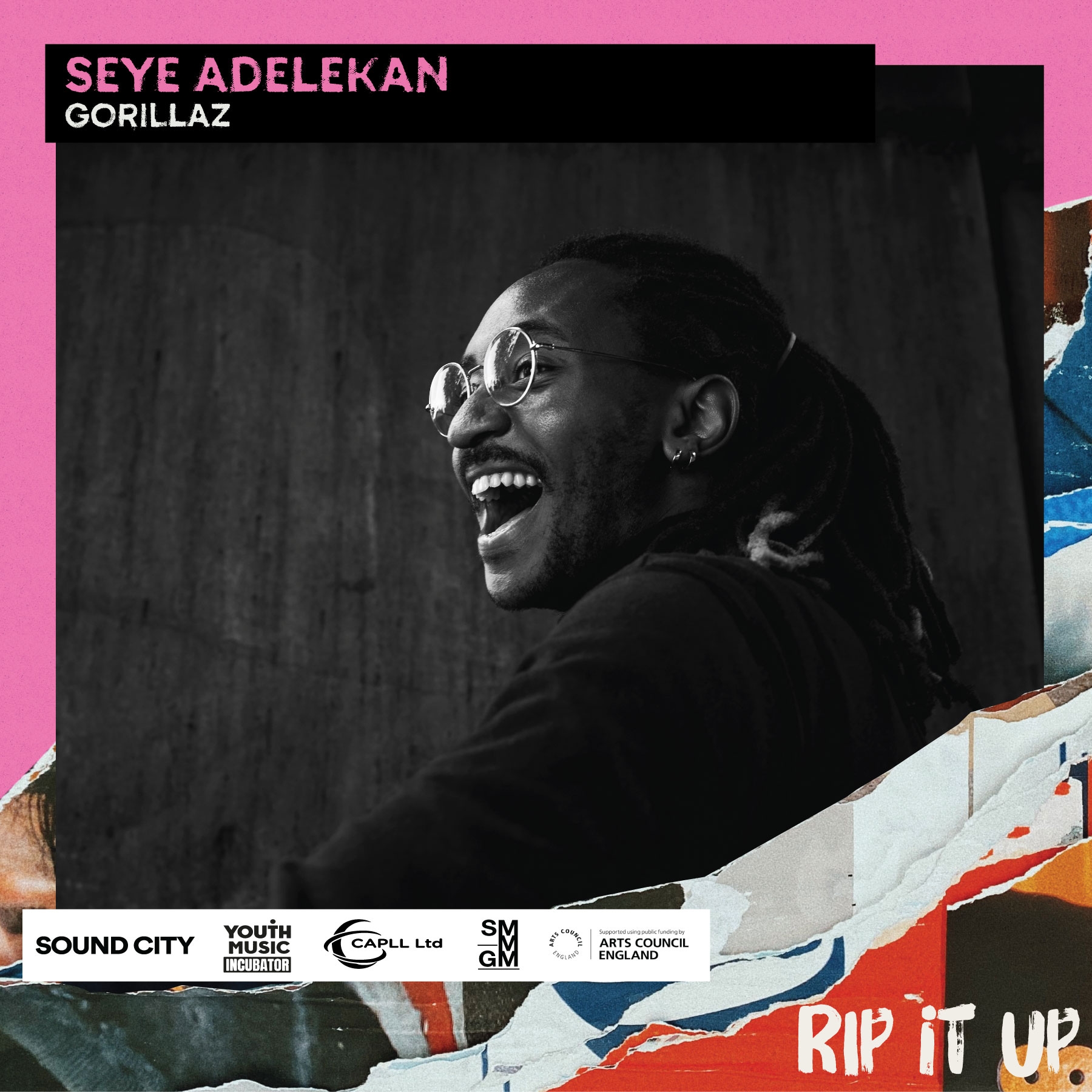