After completing University, Yaw launched URBEATZ in 2005 as a music and media organisation. URBEATZ soon become known throughout the UK for its unique brand of music, film and media projects, resulting in several awards for creativity, innovation and enterprise.

In 2011, Yaw set up creative consultancy agency Nothin But The Music (NBTM). Over the past few years NBTM have programmed and curated a number of key music events and projects working with and for cli ents such as MTV, BET, Liverpool International Music Festival, BBC Radio 1 Academy, MOBO, Boiler Room, Sound City, The Brit School and the Competitor Group. In addition, NBTM have released a num ber of singles and music projects that have earned acclaim, major syncs and national and international radio support. NBTM recently partnered with THE PLAYMAKER GROUP forming a dynamic multi-strand music and entertainment company. THE PLAYMAKER GROUP ’s past and current clients include many sector lead ing brands, organisations and artists including Nike, AEG, Sony, Universal Records, The Fader, BBC Ra dio, MTV, Damian Marley, Dizzee Rascal and many more.

In addition, Yaw has worked alongside dynamic artists ranging from UK Music pioneer Wiley to emerging artists, XamVolo and Sub Blue, to release a number of singles and projects that have earned acclaim, major syncs and national and international radio support. Subsequently Yaw has established himself as a key talent developer; heading up the award-winning LIMF Academy, continuing to scout and consult for major labels as well as A&Ring for and developing new talent.

In August 2020, Yaw began working with PRS Foundation as a Senior Programme Consultant to build a new and pioneering initiative aiming to power up Black music creators and executives.

Proudly, Yaw is the programme leader for Rip It Up as he assists in every step of the 10 successful artists and aspiring industry.

Find out more and apply today. 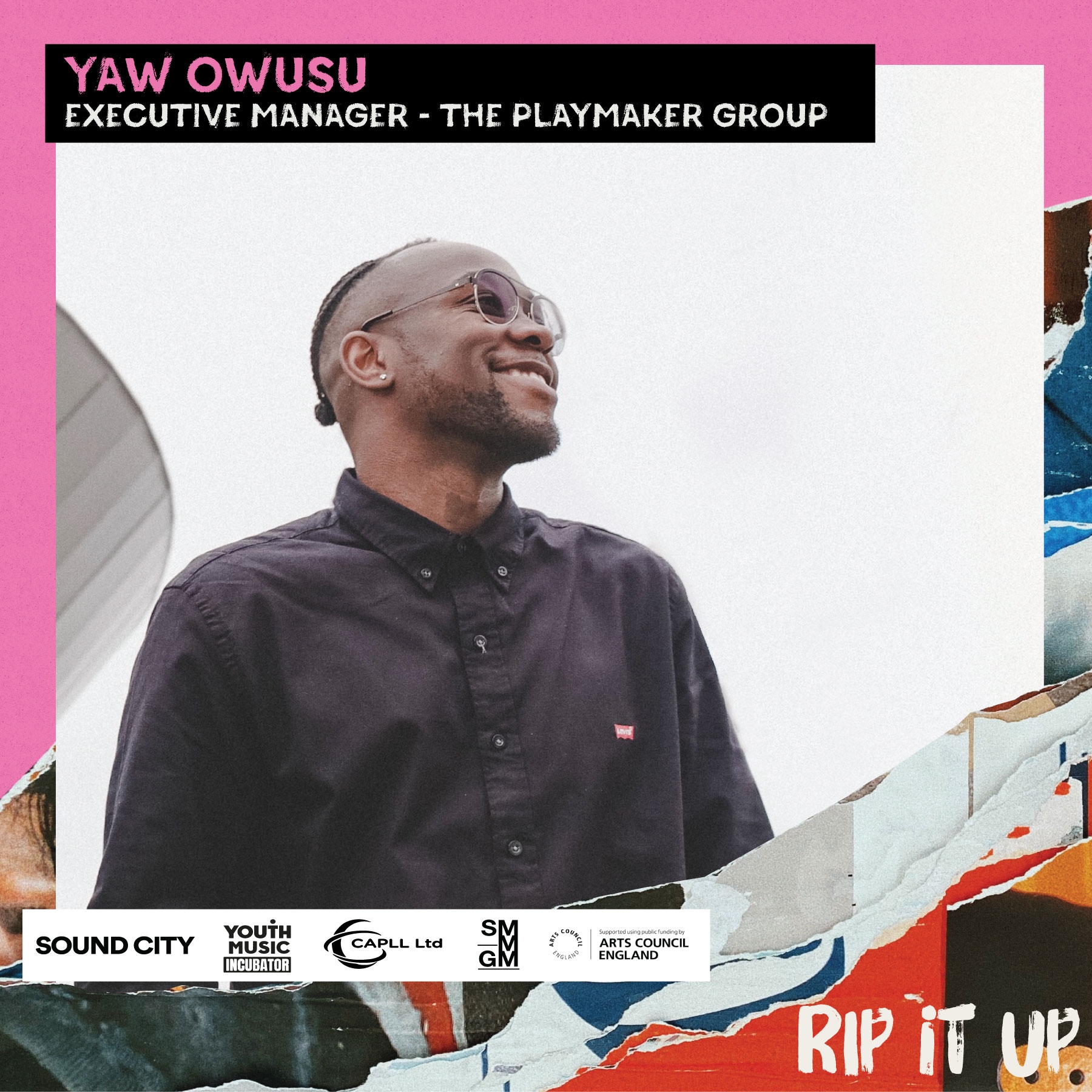