Sound City’s Launch Training course is designed to give artists and music executives with potential the skills and tools to establish themselves, grow their audience and fund their creative ideas and projects. Over its 7 years of operation – today in partnership with CAPLL Ltd - Launch has been the catalyst for many skilled alumni, propelling careers and keeping business and artistic talent in Liverpool and the city region. Each month, we catch up with one such Launch graduate to see how their career has developed since their time with Sound City.

This month, we chat to Imogen Storey - Co-owner and Manager of Esche Haus Audi

What were you doing before you embarked on Sound City Launch Training?
I was a university student at the Royal Northern College of Music in Manchester studying popular music performance. I had also teamed up with the drummer of my band Novustory to record bands and artists in the shed behind his house. I was incredibly manic. I didn’t know what I wanted to do and I was trying to work with as many people as possible. I was completely drained and felt so lost with no direction. I knew I wanted to work in music. I joined the Sound City course and was asked by one of the tutors, ‘What do you want to do with music?’ I remember just writing a list of all the different things I was doing, thinking they’d be dead impressed, and they were just like…‘Oh dear’.

What was the best thing you took away from Launch?
The wide variety of speakers that I heard from gave a huge insight into so many aspects of the music industry. It was almost like a crash course of life lessons from people working within my chosen industry.

I learnt from Matt Parsons (CEO and co-founder of DITTO) that I needed to stop wearing so many hats and I needed to focus my time and energy on less, because splitting myself so thin between so many different projects would mean I was making a half-cocked effort at lots of different things instead of a great effort with a smaller amount of projects.

I learnt from Becky [Ayres, Sound City MD] the power of creating perception and creating an empire - having passion and a firm believe in what I was doing. Living it and breathing it. Essentially, she was teaching me how to manifest the life I wanted without me even realising it.

Finally, I learnt from Kojo that luck happens when preparation and opportunity meet. He said this almost flippantly, it just rolled off the tongue, but it was like someone had lit a fire inside me. I’ve used this as a general mantra ever since.

What are you up to now?
I am the co-owner and manager of Esche Haus Audio, a recording studio and creative hub based in Blackburn. We’ve recorded sessions for and been featured by GLAMOUR Magazine, Virgin Radio UK, BTID Events, BBC News, Planet Rock, BBC Introducing, Jagermeister and BT TV. I am also the front woman of alt-rock band Novustory. So, two main projects that I focus all my time and energy into instead of 90 different responsibilities!

If you could give one piece of advice to someone at the start of their career in music, what
would it be?
Work hard, be a nice person, wear deodorant and don’t be afraid of what people think. Be authentically and unashamedly you and people will appreciate seeing a person who is genuinely sincere with their music and general interactions. I feel sick thinking about the years I’ve wasted not following this advice and refraining from posting my music because I’m scared that people will judge me. There will always be people who don’t like you no matter what you do, so you might as well do what makes YOU happy. You can be the shiniest, juiciest peach but there’ll always be someone who doesn’t like peaches. 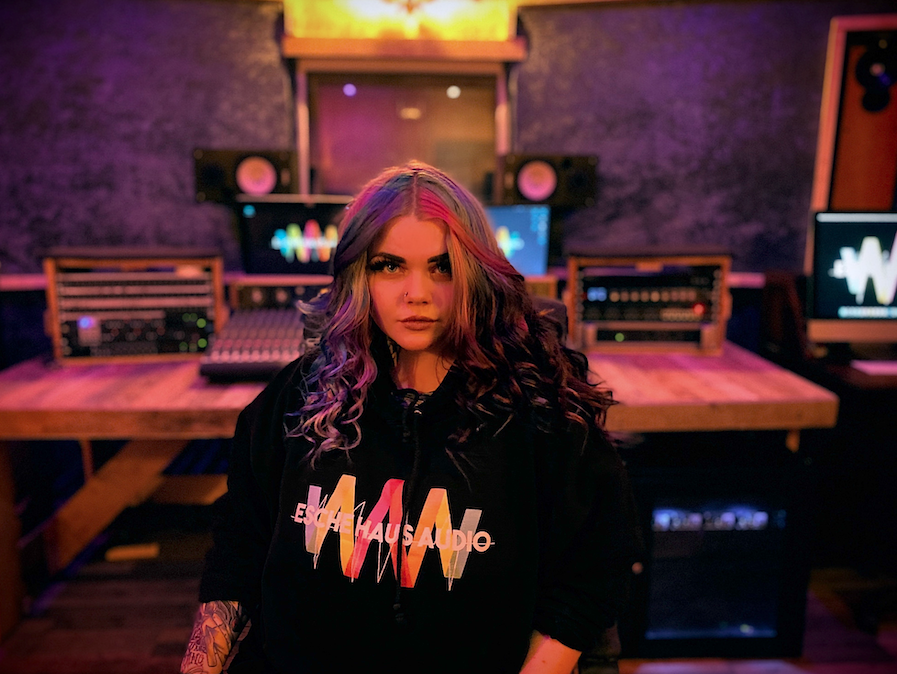