Earlier this month, Sound City launched a series of special online sessions with VITAL – an artist who has appeared at Sound City’s festival and conference on multiple occasions and has gone on to become a BBC presenter and a prolific performer. He’s graced more than 200 stages in his career and garnered more than 2 million views on YouTube.

Hosted on Sound City’s Facebook page every Monday evening, with the support of Arts Council England and CAPLL Ltd, The VITAL Sessions are open access and aim to help any individual with a passion for music and the music business to support themselves and navigate these difficult times.

How did these sessions with Sound City come about and what are you hoping people will get from them?
I’ve been in touch with [Sound City Conference Director] Jo Whitty for a long time now and I’ve done a lot of things that Sound City champions in terms of being an independent artist, mentoring young people and supporting other artists. I’ve been on panels at Sound City+ and performed at the festival on more than one occasion as well. It was easy for me and Jo to have a conversation to see how we could channel all those energies into one place.
This year, because of [everything surrounding] Black Lives Matter – not just the movement but the idea of black people mattering too – and Covid, a lot of people are out of work, stressed or in a scary place with everything that’s going on in the world. Me and Jo had a conversation and wanted to create a space where black people can feel represented.

With that in mind I’m involved in three things: A diverse panel for next year’s Sound City; a year-long scheme focused on anyone who’s underrepresented in music; and then these Facebook sessions.
I’ve been doing Instagram Live videos every Wednesday since George Floyd died called Let’s Talk About Us. Initially, the ‘Us’ meant black people and their experiences, but the idea has opened up more towards issues that we all have as humans, whether that’s domestic abuse, colourism, bullying, body shaming… It’s talking about topics and it’s a venting space for me and anyone who comes on.

I took that idea and did another version on Mondays that was focused on music, which I’m now doing with Sound City. They’re conversations with individuals about whatever topic feels relevant, and they live on Facebook. They’ll stay there so that they can always be revisited.

In the first episode, you were talking with J Lucia about how you are both very hands on with everything you do. You yourself aren’t just a musician but a broadcaster and capable with all kinds of multimedia. How important do you think that is for artists these days?
It’s weird because, when I was younger, I didn’t think I had to do all of that but then, when I didn’t have the funds to pay for a music video, I bought my own camera because it would be a lot cheaper over time. Then I started to record and audio engineer my own stuff… I never had the resources to pay for these kinds of things.
This year in particular, I’m fortunate that I’ve been able to release an EP, two singles, four music videos, do a socially distanced show and make money through music royalties. It’s not a race in music but, in this new normal, there’s a certain amount of knowledge, equipment that you need to understand in order to do that.

Do you have a team around you at all?
I have a team of people that all individually do their own thing but I can call on them when I need them. We’re like the Avengers, we have our own battles but we team up when we need to. They support me and I support them.

You’ve obviously had to adapt when it comes to live performance during this time, but are there any other things you’ve had to change?
What did Rishi Sunak say? Adapt or retrain? I don’t totally agree with that but the adapt part is natural. If you’re a creative you have to adapt all the time. I started at the age of 14 selling CDs in my city centre – I can’t do that anymore because nobody cares about CDs!

I’ve always self-released music but I do collaborations with different people and organisations as well: I might work with Wolverhampton Music Service, for example, and do a verse for them; I release through Ditto Music but I also work with them on the business side; I might do a verse of a remix with someone and each one is a different conversation. That’s the beauty of being independent but the downside is you have to fund everything yourself.

There’s been a groundswell around representation recently, particularly in terms of the Black Lives Matter campaign, and a certain level of response from the music industry. How much do you feel we’re at a turning point here, what are your hopes and expectations and what do you think needs to happen?
What do I expect? I don’t really expect anything to be honest. Anyone who’s the underdog doesn’t expect to get treated well. If you get bullied all your life, you don’t expect to get treated well. If you’re underpaid as a woman, you don’t expect people to suddenly wake up and start paying you properly.

We all have some inherent bias. Even if you walk with a clean heart, if your parents have drilled into you the idea that black people are terrible people who sell drugs and all these other things, it’s very hard to unlearn all that information. You’re still going to have that little inherent feeling. We all have to understand where that’s come from and why it’s still here. But, as an adult, even if you have a certain belief system, you can’t be so ignorant to think that everyone’s treated fairly and there’s no such thing as racism. That’s like saying there’s no bullying just because a bully went to detention. Some people live that way.

I don’t think it’s something that’s going to go away any time soon but from, say the 1980s, to 2020, things are improving. More and more people wake up and take a stand. To be fair, there are more older racist people than there are younger racist people, so it’s just a matter of time – I know that sounds bad but we all live and we all die and, if younger generations are taught a different way, then things will change.

What would you tell someone who was starting out in the industry now as an entrepreneur, artist or a bit of both?
Especially in this year, you have to have alternative income. The way we make money as artists is divided by six: I had five incomes at the start of the year, but from March to August I had one. I had to reassess and reach out to different people. To become a successful musician now, as we say in our culture, ‘You have to be getting the bag’. By that I mean, if the money isn’t coming in, what, are you depending on faith or luck? Luck and faith don’t work.
You also have to have resilience. I moved to London at the start of the year, which was the worst possible time to move to London but, to be a creative, you have to be resilient. People say you need consistency, cool, but if you don’t have resilience you will fail. You have to be wary that you may never get anywhere in your life but you’re doing it because you love it.

What’s coming up for you in the near future that you can talk about?
I’ve been working on a project called Radioactive, and have been for about a year and a half. I always do small budget and big budget projects simultaneously. Every two or three years I’ll drop a big budget project in between two or three EPs. The EPs are always going to be relevant to the time.

Radioactive initially stemmed from when I was on radio with the BBC. It’s based around the idea of being ‘active’, where your work rate’s up and you’re doing what you need to do. Then the music on the project itself has a very radio-friendly feel whilst still being me doing what I do. It’s Jamaican, reggae, dancehall focused but lyrically in the spaces of grime, drill and rap.

Other than the music, I’ve had some big changes in my personal life that I need to make sure I’m funding properly, I’m respecting my personal time and my family. That’s very important to me – making sure there’s always a balance. 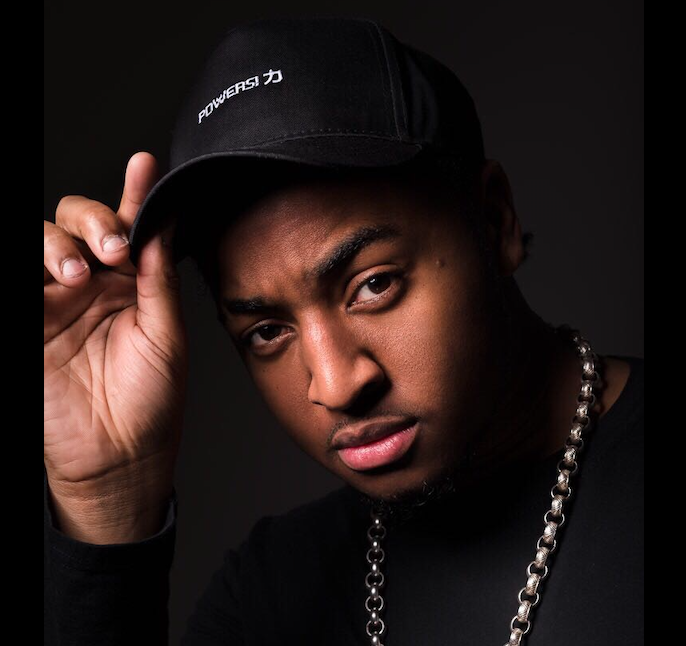