Sound City’s relationship with the Asian music market has been nurtured and strengthened over more than half a decade.

We welcomed our first Korean act to a Liverpool Sound City stage in 2013. A few scouting missions later and, in 2015, with the backing of Arts Council England, we expanded the Sound City brand into Korea itself by launching Sound City Korea - a pioneering programme for musicians and industry professionals based in England with a view to creating opportunities in South Korea, and vice versa.

Since then, we’ve arranged for more than 100 artists to play Zandari Festa and MU:CON - two of Korea’s leading showcase events - giving them the opportunity to play in front of a brand new, international audience that would usually be out of reach for emerging acts.

A year after that first edition of Sound City Korea, we inked a long-term, strategic partnership with Modern Sky Entertainment. This was a further massive step in terms of our growing relationship with the Asian music market. With Modern Sky being China’s largest independent label and festival promoter, it meant that Sound City was transformed from a company with strong links to Asia into a fully-formed conduit between the Asian continent and key western markets.

The US is often held as the holy grail for British artists looking to break abroad but, actually, countries like Korea and China present a wealth of new and interesting opportunities. With the right partner, they should be considered an equally exciting option in the minds of artists and managers.

As Sound City MD Becky Ayres told IQ Magazine in 2018: “[Korea] is a great early export opportunity. Artists don’t have to be at a very established level – it’s just a really natural market for British music.”

Time and time again, Sound City Korea has proven to be a gateway to the wider Asian region and a launch pad for greater opportunities.

Afrikan Boy was offered live dates in Indonesia after playing the 2017 edition of the event, and both Rival Bones and Vito were offered festival slots in Mongolia and Korea after doing the same.

Playing Sound City Korea in 2018 also earned further live opportunities for False Advertising – who went on to play Korea’s Pentaport Festival and Mongolia’s Wind Chimes Festival, while Eyre LLEW were offered a five date Korean tour off the back of their SCK performance.

And, last year, exposure through Sound City Korea led to a four-date tour of the country for The Tea Street Band, while Sherlocks were invited to do a Seoul Music Festival show that was broadcast on MTV in the territory.


365 million opportunities
China is obviously the territory that holds the most potential for any artist or music business looking to forge links in the Asian market. With a population of more than 1.3 billion, the sheer number of people alone illustrates the opportunity that could be grasped with the right connections and expertise.

As Sound City Founder, and now Modern Sky’s UK and North American CEO, Dave Pichilingi told Music Week in 2019: “There’s no doubt that China is going to become one of the most important music marketplaces in the next five to 10 years. It’s not debatable. Copyright is moving at phenomenal speed, all the majors have footprints there and the music consumption audience is estimated at 365 million. That can’t be ignored.”

To put that 365m figure into context – that’s more than the entire population of the United States. But, importantly, as in Korea, these music fans, and especially the Chinese youth, are particularly engaged in western art and culture.

In an opinion piece for MBW in 2017, Modern Sky Founder LiHui Shen explained: “Young people in China have been exposed to western culture like never before in recent years. They are adopting the subcultures, musical scenes and catalogues of work from decades gone by as new experiences.”

Excitingly, the Chinese government itself is a keen supporter of China’s music industry.

“There are examples in specific regions like Chengdu, which is seen as a region that is very good at making commercial music, specifically hip hop,” explains Pichilingi. “You might describe it as the Atlanta of China - a lot of contemporary hip hop comes out of there at the moment. The government recognised this, so there are a lot of initiatives that are being built around that to nurture the talent and try to invigorate some kind of import and export business between cultural organisations around the world.”

As part of that, Modern Sky spearheads a series of events, not least Sound of the Xity, which took place in Chengdu at the beginning of November. The festival and conference was hosted online for the first time this year, broadcast to the world via a Sound City Guest House takeover backed by the Ministry of Culture and Tourism of the People’s Republic of China.

The event brings together artists and industry delegates from all over the globe to interact and exchange ideas with the best Chinese artists and executives. It is part of that drive to create business between territories across the globe.

Upon the announcement of this year’s Sound Of The Xity, the Deputy Director of the Bureau of International Exchanges and Cooperation of the Ministry of Culture and Tourism of the People's Republic of China, Feng Litao, said: “We hope to present the music culture of the Chinese youth generation and recommend the Chinese music industry to the world. We’d also like to provide a platform for practitioners from different countries to present and discuss the most recent trends, concerns and practical challenges in a post-pandemic era, along with solutions adopted by the global music business. We are happy to hear from liaise with and share resources with any relevant organisations throughout the world.”

With such an enthusiasm to work together on both sides, we’re really excited about developing the relationship between the music industries in the UK and Asia for years to come.

This year Sound City Korea takes place 27th November 2020 from 9:30am GMT on Facebook and is open for all to enjoy. 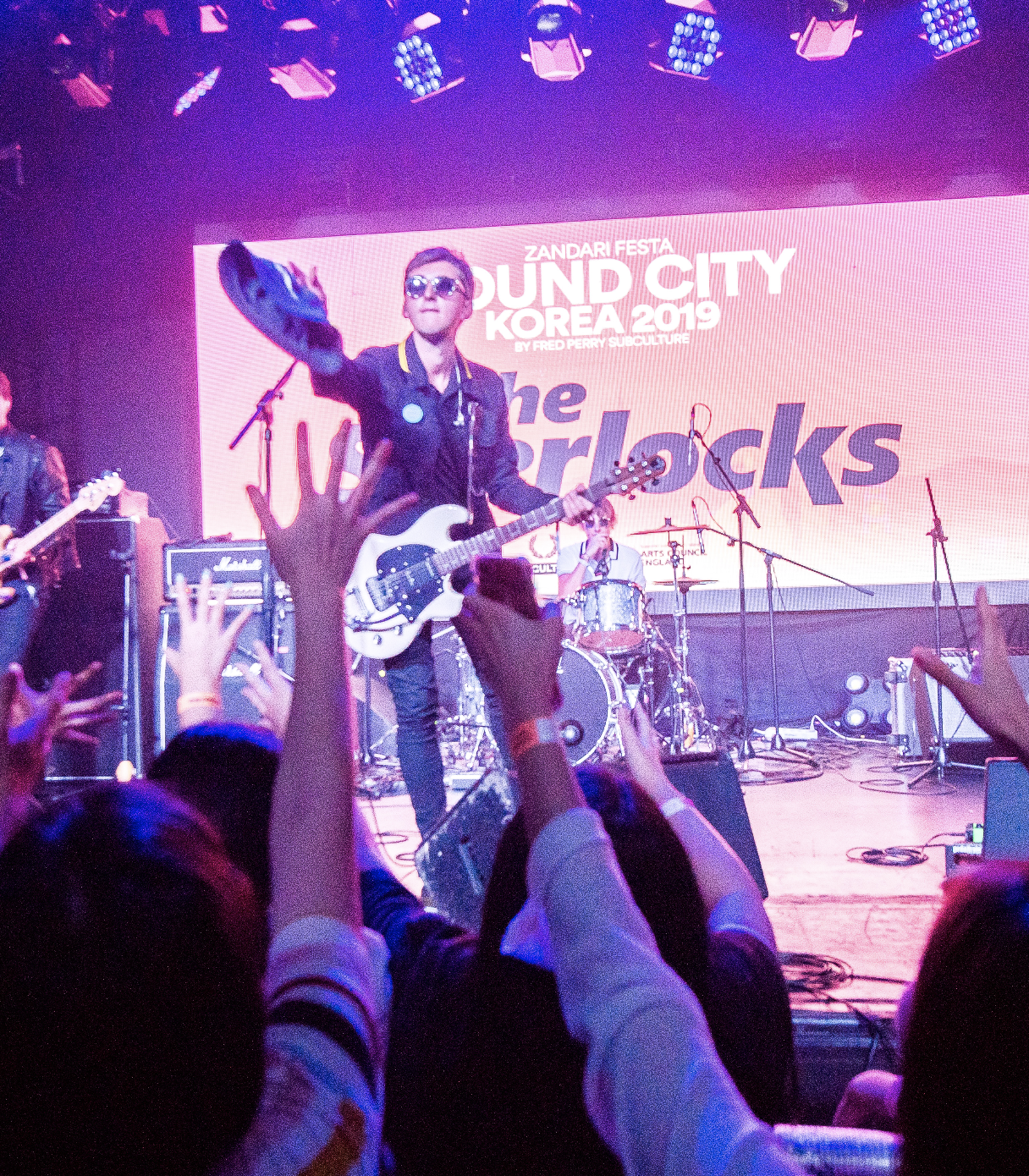