Gateway to Asia: How to take a western band to South Korea and succeed

If you’ve got an exciting band that’s making good headway in a western market like the UK, you may start to wonder about growing their following abroad. Traditional thought is that European countries look to their neighbours, if the holy grail of the US feels like too big a stretch. But now managers, lawyers, promoters and label types involved in early artist development – not to mention many artists themselves – are looking to Asia for new opportunities.

The numbers are well known: with a population of 1.3 billion in China alone, all of a sudden, the States starts to look almost small fry. The music consumption audience in China is in the region of 365 million. Just a reminder: the entire population of the US is just over 328 million.

We’ve had a keen eye on Asia for some time now, having moved the Sound City brand into the region in 2015 with Sound City Korea, taking UK artists to play the country’s Zandari Festa and MU:CON.

Often dubbed ‘The Gateway To Asia’, South Korea is obviously a much smaller market than China, but it has a youth audience that has just as much enthusiasm for western music acts, regardless of stature, making it a great launchpad into the wider region for young artists, and a territory well worth targeting in its own right.
Since launching in South Korea, Sound City has taken over 100 artists to play Zandari, with many of them going on to do other festival slots and wider tours as a result.

This year, Sound City Korea was hosted online – for obvious reasons – but that didn’t stop the flow of valuable insights and expertise from those that work in the country’s own music biz as well as UK artists and execs that have succeeded over there.

Here are five takeaway tips from the day…

Venture beyond Seoul
The live scene in South Korea is largely centred around Seoul, but there’s plenty of opportunity outside of the country’s capital. In fact, artists may find they get a better reception in some of the neighbouring cities.

As Sam Heaton of Nottingham-born ambient rock trio Eyre Llew (who first played SCK in 2018) said: “A small city in Korea is 4m people. In the UK you’d be playing towns with populations of 200,000 or 500,000 if not the cities with a few million. Even in the UK, a city with 4m people is a big city. For us to play that in Korea and it be considered a small place that ‘may not be worth playing’ was crazy to us.

Collaborate
Collaboration between companies is obviously a vital ingredient for success in the music biz, but Eyre Llew’s Heaton also pointed to the potential for collaboration between artists in the UK and Korea. And he wasn’t just talking about doing the odd support slot on a local band’s tour, he urged SCK’s UK delegates to think bigger and forge a deeper relationship with their Korean counterparts.

“In the UK, with a band like ours from Nottingham, you’d do gig swaps with bands from Manchester, London or Glasgow,” he explained. “But we did a tour swap with a Korean band called The Endless Zhangyang. I booked a UK tour for us with them supporting 15 shows over a month when they were in the UK playing showcase festivals. When we were in Korea doing the same, we played 11 shows with them. Our fanbases grew and, as a result, we ended up recording a split EP in Seoul and releasing it, which grew our audience even more.”

Jake Lee – Founder of Korean sync agency Leeway – added that, while the world is going crazy for K-Pop at the moment, foreign artists looking to collaborate with Korean talent should be smart about who they target.

“In many cases, my international partners ask for collaborations with K-Pop artists but it’s actually very hard,” he said. “Famous K-Pop artists are very tough [to get for a collaboration]. I can get Korean indie artists, but the exposure is almost minimal. I suggest that my clients collaborate with famous Korean YouTube creators. They’re not musicians but [a lot of them] are eager to make music and release their own albums - even though they’re huge in the world of YouTube. If an international musician asked them to sing on a song or write together, it could be very welcome. In my experience, the exposure there is more than it would be with professional [music] artists.”

Know your DSPs
Although the music business is undeniably global, and artists can reach international audiences with the click of a button, Asian territories present a unique complication in that the leading local digital platforms aren’t always those that dominate the rest of the world.

Nina Condron, Director at UK-based distribution and label services company Horus Music told the SCK audience: “The local domestic DSPs are the ones that have more clout – Flo, Melon, Bugs!, Naver and other, smaller platforms. Those are the kinds of places we’d be working with and looking for playlist places on.

“Another area is blogging, which is still a popular medium, as is TikTok – which is obviously popular around the world,” she added. “With TikTok, it’s a bit more difficult because of the language barriers. If you’re working with an artist, it’s a good idea to find a collaboration – a western artist with a Korean artist. That can have some clout in the Korean market. You can use TikTok as a statistic to show the level of the artist as well. Every platform wants to work with artists that are already doing well and that people are aware of.

Sound Republica’s Marty Ro suggested that digital platforms have actually become so popular in Korea that traditional media is almost redundant when it comes to promoting new music.

“Radio play is not effective anymore due to the reduced number of listeners,” he said. “When people want to listen to music, they don’t really turn on the radio anymore. MCNs (multi-channel networks) are getting more important as a way of promotion. YouTube and Instagram are more powerful than traditional TV and radio.”

Work starts at home
Ro also reminded viewers that the key principles of music promotion apply regardless of culture, language or territory.

Adding to that, Fortitude Music Founder, Umong Shah, said that UK artists in particular should be able to lay some groundwork abroad before they even board a plane because the British press has such broad reach.
“If you’ve got a good press team over here, don’t be afraid to market that press over in South Korea as well,” he suggested. “In all the international territories I’ve worked in, British press seems to have quite a high standing. So, if you’re able to get something in the Independent, The Guardian, Clash, Line Of Best Fit, something like that, push that towards the Korean audience because it’s likely they’ll read those outlets as well. And it helps build your story. Everyone wants a story, and that’s another way to market yourself before you head out to South Korea.”

Think Sync
Sync has emerged as a real favourite for many artists and the teams around them over recent years, both as a source of revenue and a vehicle for promotion in many cases. The Korean market is no different and, in fact, UK musicians may find their music more sought after in Asia than anywhere else.

“The best opportunity for international pop is TV commercials because Korean advertisers prefer to use international music rather than K-Pop,” says Leeway’s Jake Lee. “Samsung, LG… they are global brands, so they prefer to use English songs. English is learned from elementary school [in Korea] so when English songs are heard on TV commercials, people gravitate to it.”

And you don’t have to be a household name to land significant sync opportunities in Korea.
“Some advertisers want to use very famous international pop, but the majority of my clients are very open-minded and welcome indie pop,” Lee adds. “If the song is good, they don’t mind if it’s famous outside of Korea or not.
“Sometimes, clients want to use a brand-new song. Nowadays the quality of an indie pop song is the same as a major one and my clients are always trying to find unique artists and sounds.”
Lee also said that, while TV commercials generally offer the bigger sync fees in Korea, a long-term strategist might target opportunities in TV drama. 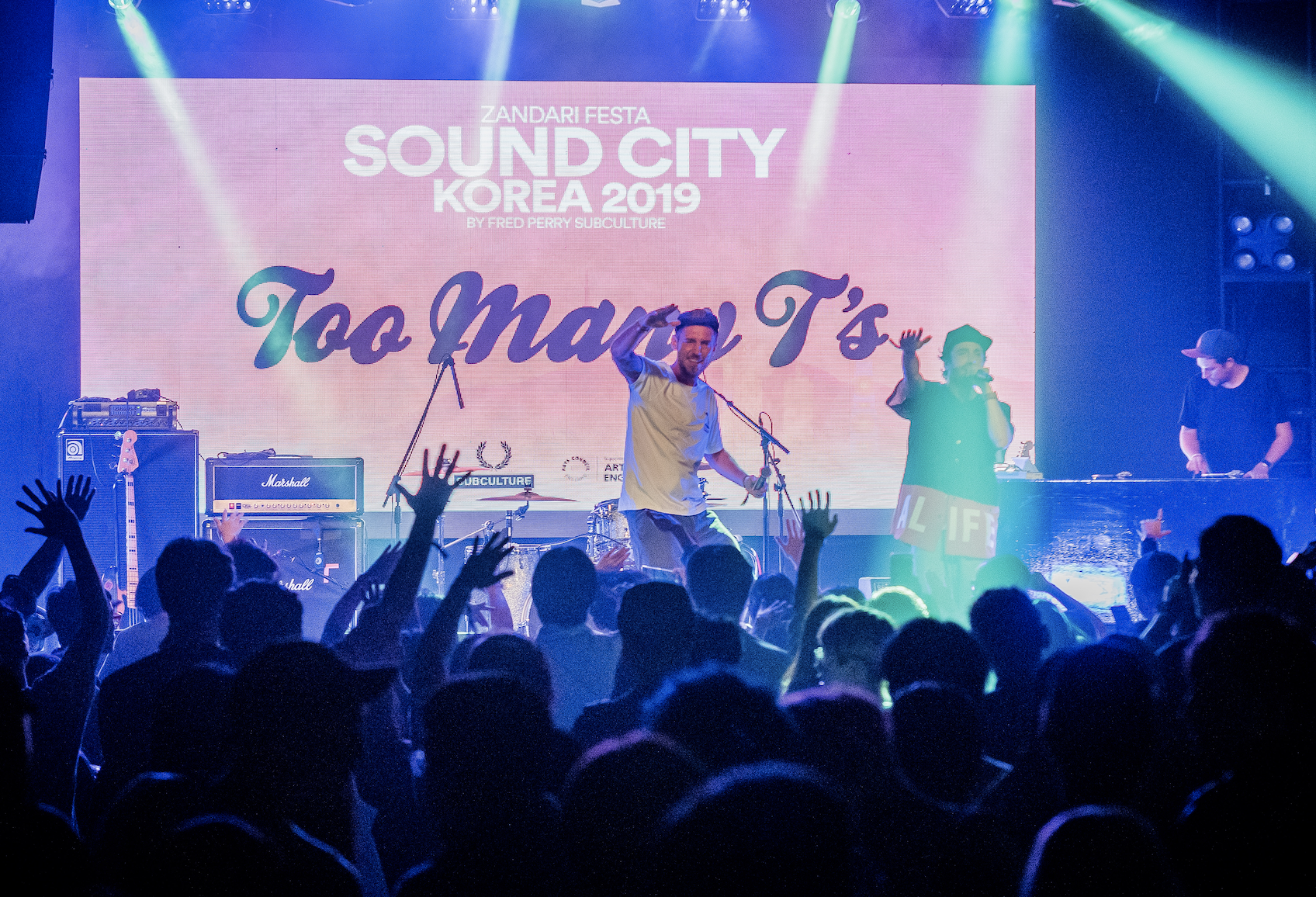