Following the announcement of the Rip It Up bursary last week, Sound City hosted a Facebook Live session with Ammo Talwar and Paulette Long – Chair and Co-Chair of UK Music’s Diversity Taskforce.

Titled Driving Diversity Change Through The Music Industry, Talwar and Long were there to provide a broad overview of the progress the UK music business has made on equality and inclusion for those with protected characteristics, the challenges it still faces and the importance of both data and lived experiences in the fight for change.

They also presented key findings from UK Music’s 2020 Diversity Report, and the Ten-Point Plan that the report came with. As Talwar put it during the discussion: “2021 we see as the year of action.”

You can find the UK Music Diversity Report 2020 here.

And the Ten-Point Plan here.

Talwar and Long highlighted a number of stats from the 2020 Diversity Report, with the key takeaway being that, in terms of both gender and ethnic representation, things were improving in the UK music business, but there were still significant blocks on career progression.

“We need to explore why there’s such a swing,” said Talwar. “Is it to do with policies, families…?”

Ultimately, Talwar and Long were optimistic about the direction that the industry was now heading.

“So far I am really encouraged by the work that the industry is putting into this,” said Long. “It’s taken a while – there have been moments where diversity has been in the long grass and people haven’t paid it any attention – but I can say there has been a sea change since last year. I’m really looking forward to seeing how far we can take the Ten-Point Plan, see it sink into the bedrock of the industry and really feel a sense of long-lasting change.”
Talwar said that this was just the beginning for the initiative, and that it will be expanded to look at other protected characteristics and could even extended to other countries.

“This was done across all the trade bodies. It’s the music industry’s statement around diversity and inclusion,” he said. “We’re going to be rolling out all the data we have, especially around areas that weren’t covered in the report – such as disability and LGBTQ – we have all that data and want to share it. We were very aware that 2020 was a moment for Black Lives Matter and the #MeToo campaign, so we had that as a focus, but the Ten-Point Plan cuts across many of the protected characteristics. We feel we’ve got something that is a bit of a benchmark and we’re hoping to take this to other countries and be able to share what we’ve done and how we’ve done it.”

Following the presentation, Sound City MD Rebecca Ayres conducted a short Q&A with Talwar, Long and musician, choir leader and businesswoman Jennifer John, who has a place on the Liverpool City Region Music Board alongside Ayres. You can read an abridged transcript of the Q&A below or watch the whole session again.

Ayres: How can people in small organisations affect this kind of change if management isn’t listening or doesn’t want to change?

Long: It’s about taking things one step at a time. It’s about the head of the company being engaged because, if they’re not, then there’s unlikely to be that much change.

Be ready for uncomfortable moments, because a lot of what you’re going to uncover is not going to make for good reading. Just take it one step at a time and go through the process.

Talwar: I think it’s about understanding that everyone has an echo chamber. The words I use are truth and empathy. We should seek what’s right and, especially after what’s happened in the last 18 months, we have to come to understand other people’s perspectives.

And remember, diverse opinions often bring innovation. The best music in the world – the blues from Mississippi, hip hop during Reganomics, jazz from New Orleans – that all came through discourse, pain and people talking about things that are going on. Then the magic occurs. Same with grime and drill. Innovation and diversity are going to be connected in the next 10-15 years.

Ayres: If people feel daunted by having to keep their business afloat during this tough period and now having to think about diverse representation as well, how can they get around that?

Talwar: You have to think: what’s it going to look like in 24 months, 2 years or 5 years? Business cannot go back to what it was like, it’s not going to happen. We have a moment to really look at the system change. This is about looking at all the components of your business and asking how it can change and become better.

Having different opinions can sometimes be awkward. I think we should allow people to make mistakes but challenge those mistakes. How can you expect anyone to understand the complex nature of the broad range of disability and then LGBTQ, race and so on? I think it’s about creating safe spaces [so that people can ask, ‘What’s it like? What do you think?] and it be ok to fail sometimes as well.

Long: To add to that: If you fall under one of the protected characteristics, things have always been difficult. Imagine how much more so that is now under Covid. So now, more than ever, is the time for organisations to take this on board and do what they can because, if they’re feeling Covid pain, we’re feeling that much more.
Ayres: If you’re a white, male artist, for example, that doesn’t feel relevant anymore, how do you get over that white fragility?

Talwar: We all have fragility. Put yourself in Paulette’s shoes who’s had 35 years of micro-aggressions, all the issues of being a woman and being black. Do you know what? She’s had to get over it, drive and work through all those things.

Ayres: Jennifer can you add some of your perspective?

John: “As black people, we all know of the challenge and racism that has gone on ad infinitum. I think 2020 highlighted that on a global scale because there was nothing subtle about George Floyd’s horrendous murder. Suddenly it was at the forefront and people felt they had a responsibility to react in the correct way. Lots of questions were being asked that hadn’t before. People were questioning themselves, and lots of difficult conversations were being and are continuing to be had. It felt like for the first time in a long time things were progressing in an honest way. It felt less covert and more overt. I think that was the major difference.

“It’s great to see things like this. It means it’s something that is still being addressed and hasn’t been forgotten. It’s been high on the agenda of the Liverpool Music Board as a diverse Board that cares about making changes that are sustainable and not just lip-service.

“I feel optimistic but I recognise there’s a lot that needs to be done and a lot more conversations need to be had to make that change long-term, not just something that’s addressed on a surface level.”

Talwar: Jennifer, in your history of being a musician, a black woman and an entrepreneur in Liverpool, what have been some of the stumbling blocks in your city around dealing with what we’re talking about?

John: It’s really subtle, the racism I see. There are often lots of assumptions made about who I’m likely be as a musician. I manage choirs and I make sure everything I do is diverse. People always assume we’re religious or we’re a gospel choir – we are neither of those things.

We make lots of assumptions about people in life. But the kinds of assumptions we make about the colour of someone’s skin are based on historic racism. There’s just an assumption that happens when you have skin that isn’t white. It’s a national, global issue. I don’t think Liverpool is doing anything that the rest of the country isn’t doing. It’s an issue to do with racism that needs to be dealt with everywhere.
I’m proud to be part of a group of people on that Board that has made it a priority to make those changes. That’s something that’s very positive [that’s happening in Liverpool].

Ayres: What we’ve been doing with the Board is putting together our own action plan. It’s probably been a bit frustrating because it has taken a while to come together, but it is something that’s really important.

John: I think it’s good that it’s taken that long, because we care about it. We write sections, then live with it. We reflect on it and then actually decide no that’s not quite right. So, it’s been given the time, respect and thought that it should have.

Long: I would agree. There are quite a few organsiations that I’m speaking to for the first time this year that have been living with the evidence and the plan of action for a little while and are now just getting ready to see how they can action some of the things they have been discussing. I much prefer that rather than a company just going out with a statement.

If you’re running an organisation and your staff are resistant to wanting to change, what should you do?
Long: If you’re the CEO I don’t understand how there’s resistance? If it’s at the top and it’s engrained in the organisation, then you have to decide if they’re the right people to work with.

Talwar: I think it’s about explaining to people that this is a journey but we’re going to put some smart targets along the way. It’s not going to take forever because we don’t have that time and we’ve had hundreds of years of the other stuff. I like the phrase ‘nudge and nurture’. In the music industry it’s double nudge and nurture.
Ultimately it’s really important that you’ve got an accountable person that really drives it and is in those decision making rooms. This is systemic racism. It’s going to take systems change, not tokenistic talent development schemes for black women. It’s root and branch.

John: Recently, I was invited to speak with the CEO of a corporate company during Black History Month. We were talking about the lack of diversity throughout the organisation and one of the final questions he asked me was, “So what should we do?” and I said, “With respect, that’s not for me to answer. You’re the CEO, you need to think about it.” His intentions were right. The fact that we had the conversation and it was in front of all of his staff openly, meant that his intention was in the right place. But there was something about him asking me that question that was so engrained in entitlement that he didn’t even know he had to do the thinking. He wanted me to give him the answer. Go and work it out. Go and think about it.

Talwar: You’ve also got to want to do it. He may come back to you and say, “Can you give me some advice, this is what I’m thinking. Is my direction right?”

John: Yeah and he did want to do it. When I said, “That’s not for me to answer,” he was crestfallen because there was not one bit of him that wanted to be offensive, he wasn’t complacent or arrogant, he just had never been in a position where he had to think about it. Which is huge because that’s someone who’s willing to make a change not realising that’s what it takes.

You’re right, Ammo, when you say it’s engrained in systems and that will take time to shift. But we’re here and we’ve got to start somewhere. 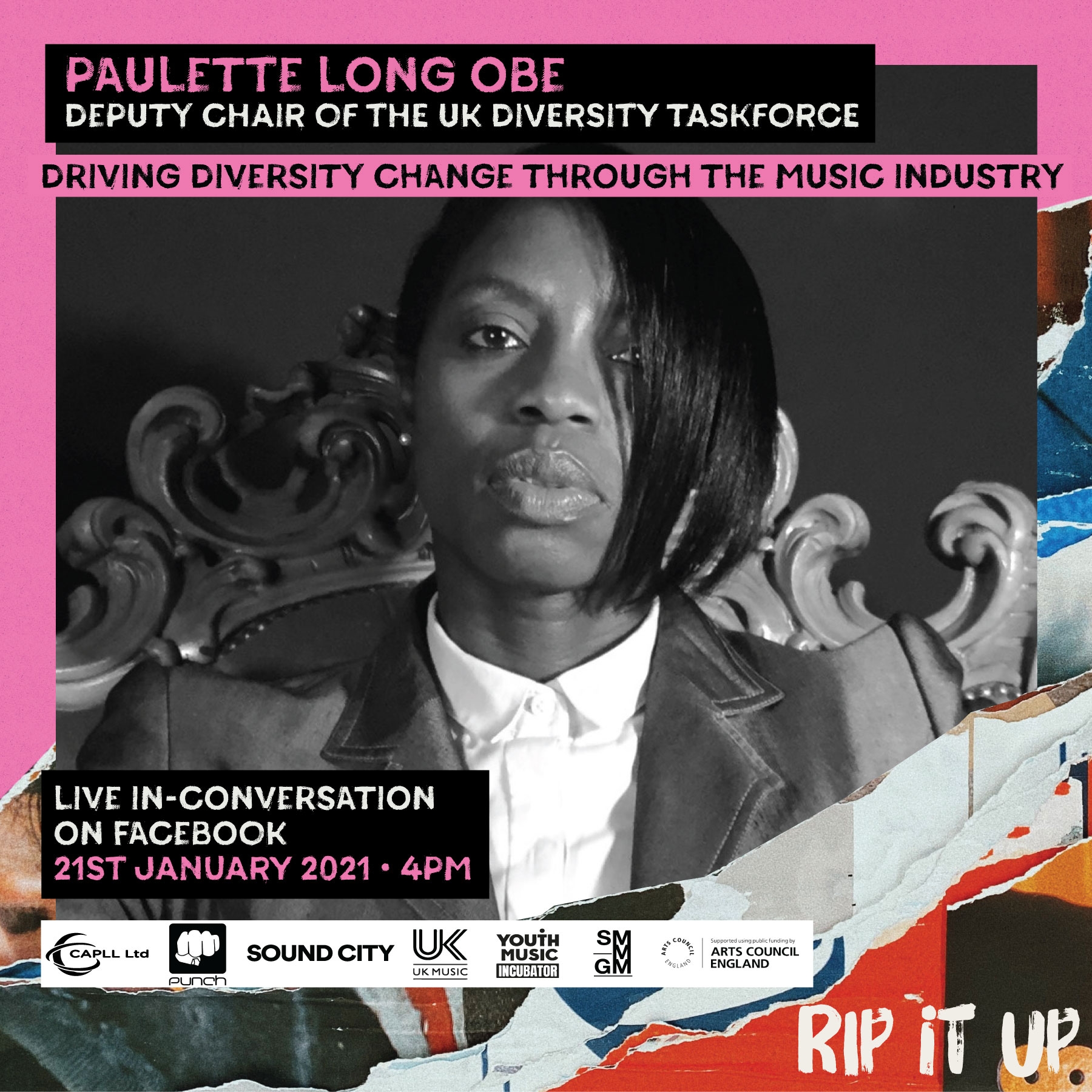