Trailblazers in their own right, Nova Twins use their platform to champion diversity and inclusivity with a high-octane, genre-warping approach; one that is present in every song they write and every performance they deliver. Turning heads in all of their endeavours, the duo creates a remarkable depth of sound via a myriad of bass and guitar pedals - a secret recipe they have tweaked and refined over the years, whilst dogmatically avoiding synthesizers in the process. Clearly the girls are onto something, having won Best UK Breakthrough Band at the Heavy Music Awards 2020.

Innovative in not only their musical output but in every element of what they do as artists, from designing and making their own outfits for all photoshoots and stage-wear, to the art direction of their music videos. Nova Twins are above all fearless and inspiring women of colour. Their modus operandi is to be the Voices For The Unheard, taking the socio-political experiences of their day-to-day and turning them into something that their fans can get lost in.

When you’ve never seen yourself in music, there’s an opportunity to build something from nothing. To make tracks that don’t sound directly like anyone else's. “We had to work out our own identities within music because we never had a reflection” says Georgia South, bassist. Singer and guitarist Amy Love adds with a smile “This our 21st-century take on Alternative Rock. It’s so many things. It’s the NOVA sound.”

More than accustomed to moshing crowds and packed out festival tents, the band have turned heads at the likes of Boomtown, Download and Hellfest to name a few, whilst supporting Wolf Alice, Ho99o9 and Tom Morello amongst others.

Read more about Rip It Up and apply today. 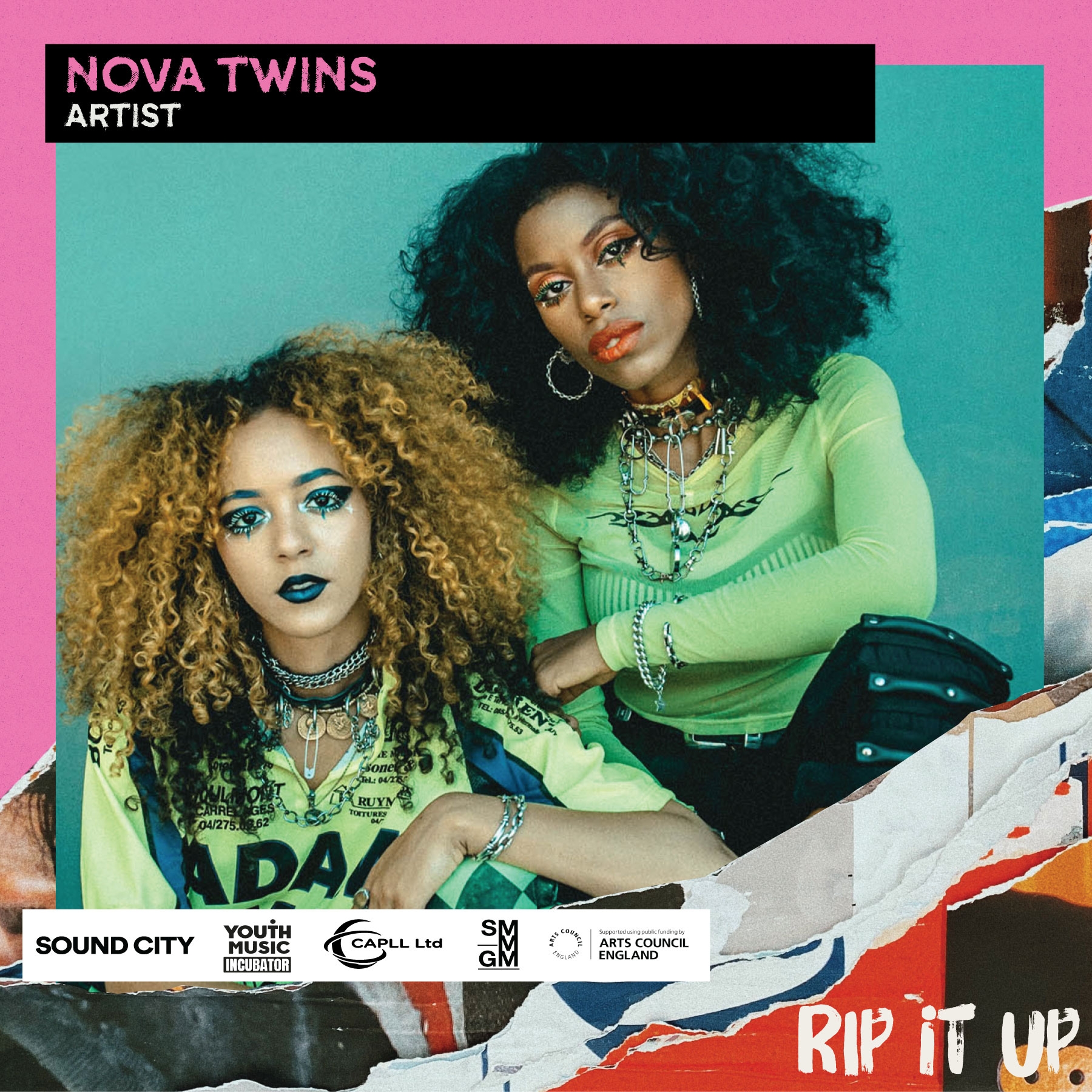