The first ever David Bowie World Fan Convention passed in a neon and glitter plume of star-studded grandeur last month (Fri 17 – Sun 19 June) gathering over 1,500 fans in Liverpool, England from as far afield as Japan and the US to meet, celebrate Bowie and come face-to-face with many of his most high-profile collaborators. No sooner has the make-up and music faded than the convention announces that the 2023 David Bowie World Fan Convention will take place in New York City over two days and nights between Sat 17 – Sun 18 June 2023. VIP ticket holders will be invited to gather the night before on Fri 16 June 2023 for a warm-up welcome party.

The next convention coincides with both the 40th Anniversary of the release of Bowie’s transformative album, Let’s Dance and half a century since the release of the equally iconic, Aladdin Sane. Organisers are planning for both albums to get star treatment over the course of the weekend.

Hell’s Kitchen’s Terminal 5 venue has been confirmed as the setting for the next convention, utilising the innovative, multi-level and multi-environment venue for the convention’s range of talks, meet-and-greets, live performances and, of course, the showstopping Bowie Ball. Limited VIP Tickets will afford fans the opportunity to visit key New York City locations linked to Bowie’s work and his life living there including Andy Warhol’s Factory, CBGB and Max’s Kansas City venues and Bowie’s apartment with more to be announced. A specially-published #BowieCon23 map also puts attendees in charge of their own route around the city.

Tickets for the David Bowie World Fan Convention 2023 will go on sale at Fri 29 July 2022 3pm BST / 10am ET via the website at www.bowieconvention.com #BowieCon23

Dave Pichilingi, Co-Founder of the David Bowie World Fan Convention, says: “Taking the David Bowie World Fan Convention to New York is to take the story to the heart of his story, with the recording of albums including those later-life classics, The Next Day and Blackstar, as well as Let’s Dance and Never Let Me Down all being rooted in the city. This year’s event proved the status of musicians, photographers, film makers and other high-profile Bowie collaborators that this event can attract and New York will certainly be no different.”

A sell-out success in its first year, the convention, a collaboration between the Sound City music festival and the influential David Bowie Glamour fanzine, brought together an enviable list of participants, including (but not limited to) guitarist, Carlos Alomar and Young Americans vocalist, Robin Clark. Amongst their incredible stories, told to a packed room of hundreds, was the tale of their first meeting with Bowie in New York itself, the home-cooked dinner for the emaciated star that followed, and Bowie’s later return for the ‘Fame’ sessions with John Lennon in tow.

Celebrating the news that the convention is to visit his home city next time around, Alomar said: “The British are coming!!! The British are coming!!! Yes, indeed, they are. The David Bowie World Fan Convention 2023 is coming, and there’s no better way to celebrate the life and works of David Bowie than to get together in New York City, a place where David and I recorded so much great material and a place we both called home. This couldn’t be more appropriate or exciting. This thing just gets bigger …and better.”

The scenes witnessed in Liverpool did justice to the memory of the man everyone had gathered to celebrate, with bands including Rebel Heroes and The London Boys lining up for faithful live recreations of his most famous recorded work, while a carefully curated selection of performance artists made wild and wonderful interpretations come to life at the dress-up-and-dance Bowie Ball. Taking place at the ornate St George’s Hall in the centre of Liverpool, the ball – which will return to the NYC event in 2023 – saw face-painted Aladdin Sanes, hair-streaked Let’s Dance-era Bowies and more than one Ziggy Stardust in attendance. 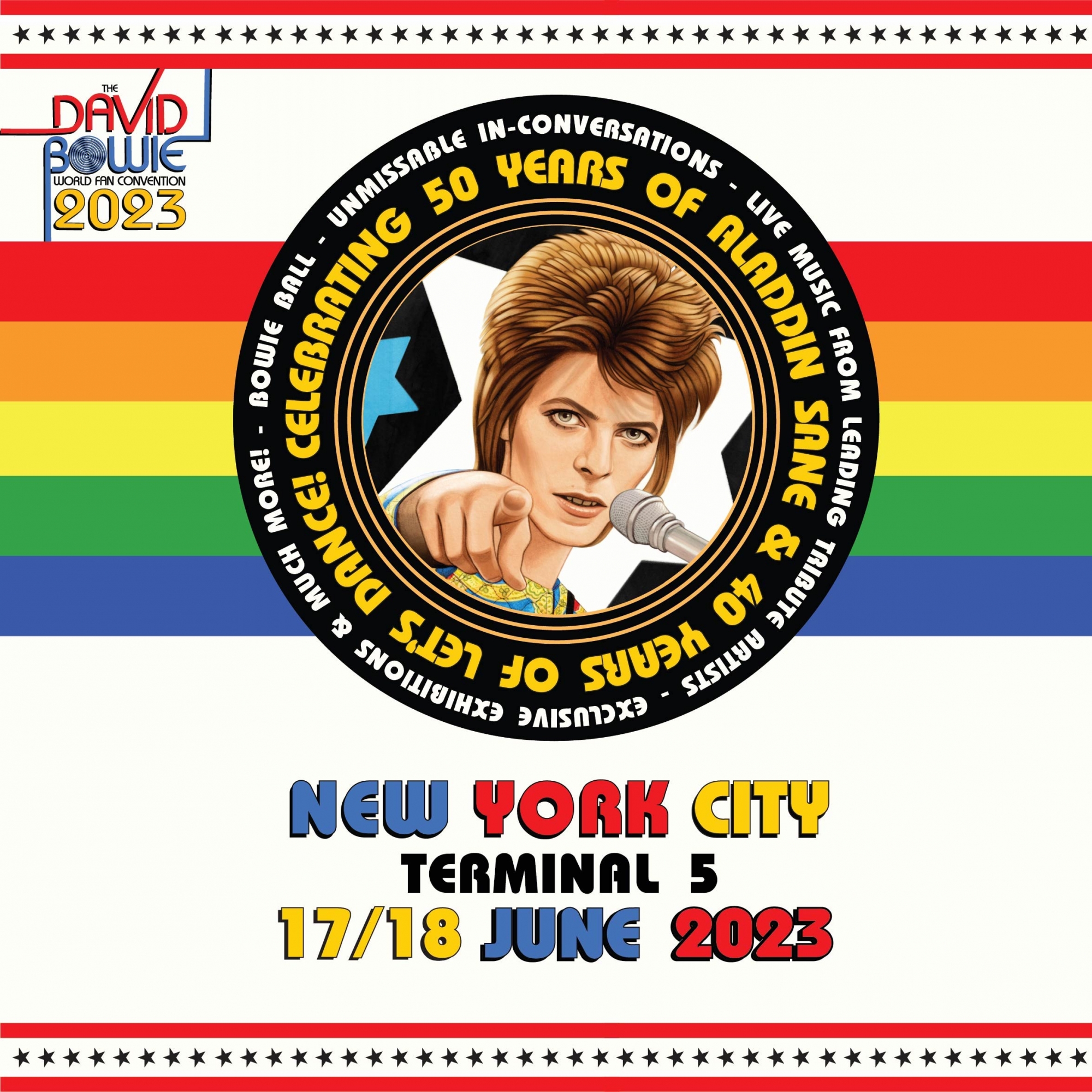