BPI publishes its annual yearbook “All About The Music 2022”


Positive trend continuing strongly into 2022, with indie share up to 29% YTD, boosted by No.1 LPs from The Wombats, Don Broco, Central Cee and Stereophonics; and Wet Leg now set to join them

New analysis from the BPI – the UK association of independent and major record labels – shows that independently released music is thriving and in 2021 enjoyed its fourth consecutive year of growth.

The collective share of music consumption in the UK attributable to independent labels – including BPI members such as Dirty Hit, Partisan and PIAS – rose to stand at 26.9% in 2021. This was up from 25.9% in 2020 and is markedly higher than the 22.1% figure registered in 2017.

The BPI insights are based on Official Charts Company data and are taken from All About the Music 2022 – the 43rd edition of the BPI Yearbook, which is published today. This authoritative industry annual reports on and analyses trends in 2021 UK music consumption.

The strong performance reflects a particularly successful year for ‘indie’ artists, with 60 independent albums charting in the Official Albums Chart Top-10 (compared with 52 in 2020), including No.1 albums from artists such as Wolf Alice, Mogwai, KSI and Noel Gallagher’s High Flying Birds, while new artists including Central Cee, KSI and AJ Tracey each racked up hundreds of millions of streams in the UK alone. The enduring appeal of independently-released albums that have gone on to become classics sees them now finding fresh audiences thanks to streaming and sales of vinyl. Arctic Monkeys’ 2013 release AM was the biggest-selling indie album of 2021, while Adele’s 21 and 25 also powered the success of the sector.

This positive trend is continuing strongly into 2022, with indie share of the UK market overall now up to 28.9% YTD, boosted by No.1 albums from The Wombats, Don Broco, Stereophonics and rapper Central Cee. With highly-anticipated new LP releases from Wet Leg – which this week appears to be on its way to No.1 on the Official Albums Chart ahead of other indie artists Father John Misty and Jack White – AJ Tracey and Fontaines D.C., this growing momentum is likely to continue. See charts & commentary below for more info.

Geoff Taylor, Chief Executive BPI, BRIT Awards & Mercury Prize, said:
“The UK has an enviable independent music scene, and enhances choice and variety to new and existing British talent. This continued growth demonstrates that indie labels and artists are thriving in the age of music streaming, and are particularly succeeding in the vinyl revival. We’re delighted to see the indie sector going from strength to strength, contributing to the growth of the UK music industry as a whole.”

Review of the Indie Year
The first weeks of 2021 saw No.1s on the Official Albums Chart for You Me At Six, Mogwai and Architects along with Top-5 LPs for Passenger, Bicep, Black Country New Road and Alice Cooper. New releases by Central Cee and Thunder entered the Top-3 of the Chart in successive weeks in March, followed by a raft of high-charting debuts from artists such as Dry Cleaning, Girl In Red, Squid and Orla Gartland.

2021 was notable for new levels of achievement by returning artists. Little Simz’s LP Sometimes I Might Be Introvert rewarded the rapper with her first Top-10 placing, while both KSI and Wolf Alice scored maiden No.1 LPs. RJ Thompson’s Lifeline became his first Top-5 album and Black Honey’s album Written and Directed was their first to make the Top-10. AJ Tracey’s Flu Game went one better than its self-titled predecessor, entering at No.2, while Public Service Broadcasting’s Bright Magic was their first to crack the Top-3.

Arctic Monkeys’ AM, their 2013-released fifth album, was the top-performing indie album of 2021. The band rank highly in terms of monthly listeners on streaming services and their singles Do I Wanna Know and Why D’you Only Call Me When You’re High (both from AM) collectively amassed more than 80 million plays in 2021, according to Official Charts Company data. AM is also in continuous demand on LP and was placed in the Top-20 of the year-end Official Vinyl Chart 2021.

The biggest new independent release was KSI’s second album All Over The Place, which was a No.1 in July and had sold close to 100,000 copies by the end of the year. Each of the Top-10 sold over 60,000 copies in 2021 and all six newly-released albums made the weekly Top 5, with three going to No.1.

KSI’s Holiday, a No.2 hit in June, was the biggest indie single of the year and was certified Gold in October. Tom Zanetti’s Didn’t Know was also certified Gold in the autumn and was streamed over 50 million times in 2021, while Central Cee celebrated a breakthrough year with three top-10 singles and a No.2 album.

There were some notable BRIT Certified Awards in 2021 for independent catalogue titles. Adele’s Someone Like You reached 5x Platinum in July, with Major Lazer’s Cold Water going 3x Platinum towards the end of the year. Three tracks by Arctic Monkeys were BRIT Certified Double Platinum and artists as diverse as Gerry Cinnamon, BTS, Jorja Smith and The Cinematic Orchestra went Platinum.

A number of independently-released tracks hit important milestones in terms of audio streams. Songs by Bugzy Malone, Joel Adams, Skepta and Bon Iver all passed the 50 million mark in 2021, with Two Door Cinema Club among those seeing individual tracks exceed 100 million plays. Over 40 tracks on independent labels were streamed over 20 million times in 2021 alone, including Shouse’s Love Tonight, SR’s Welcome To Brixton, Lord Huron’s The Night We Met and Jubel ft Neimy’s Dancing In The Moonlight.

The vitality of the indie sector was symbolised by Transgressive-signed Arlo Parks claiming both the Hyundai Mercury Prize for her acclaimed album Collapsed in Sunbeams and the award for BRITs Breakthrough.

The BPI All About The Music 2022 yearbook is free to BPI members, but can be purchased here. 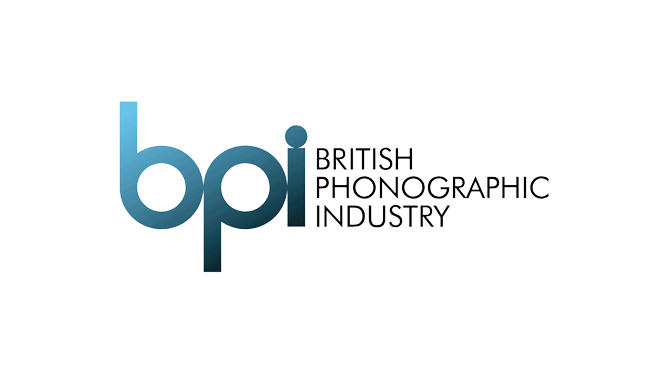