There were plenty of livestreaming platforms that came to a new level of prominence in the initial stages of the pandemic last year – but very few of them were conceived, built and deployed from scratch in quite the same way as Sound City’s Guesthouse.

While most solutions available to artists existed within and grew from established tech platforms, Guesthouse was devised by a team that straddles more traditional music business disciplines. Sound City, of course, has built a reputation as a festival and conference promoter, while its sister company Modern Sky UK, which shares much of the same Liverpool-based staff, is across records, publishing and management.

“We had been toying with the idea of creating an online platform for Sound City for some time,” says Guesthouse General Manager Sean Fay. “At our annual festival in Liverpool, we bring together artists from all over the world - big names in their homeland - and put them in intimate venues across Liverpool to showcase to our audience. An artist from South Korea might sell out an arena over there, but then come to Liverpool and perform in the Cavern Club. That was the fundamental germ of the idea - those same people who go to the arena gig are going to want to see their favourite band in the world's most famous venue in the planet's best city of music.

“So an online platform was very much on the agenda and in development... then the pandemic happened. The process accelerated and the angle changed slightly.”

That new angle included a way for artists to earn much needed revenue while they were unable to tour, including both ticketing and direct donations from fans.

In February, the platform moved into what has been termed its 2.0 phase, which has seen an increase in the number of curated livestreams on the platform, an improved donation system optimised for repeat transactions, print on demand merch, an on-demand archive and a range of access options to suit individual partners.

Remind us what the situation was like around the time you launched Guesthouse. What was already on the market?

SF: It really is incredible how fast things have moved in the last year. In our very early research, we were trying to identify a platform that could a.) take donations, and b.) allow for ticketed events. Any existing platforms seemed to be geared towards individual artists - there was an underlying idea that you either charged upfront for access, or broadcast for free and took donations in an almost pay-what-you-want model. The idea of curated livestreams didn't really exist, outside of a few YouTube channels which, at that time, didn't have the capabilities to gate or take donations.

Ultimately, we wanted a platform that gave artists flexibility as to how they can support themselves, whilst giving us the autonomy to curate line-ups from emerging artists that would delight our community of music lovers who had missed out on their annual festival. That's when we made the decision to build something from scratch ourselves. Lockdown was announced on March 12, and on April 2 we hosted our first show, so we moved very quickly.


How quickly were you able to generate content and an audience? How did you go about building both of those initially?

SF: We were able to generate both very quickly. Through our global relationships at Sound City, we were able to dip into a pool of artists desperately looking for ways to earn money (and also for something to do!). Our audience has been built up over the best part of 15 years - music lovers who will commit to a festival purely on its reputation for curation. It was just a question of moving that interest online, which we managed very quickly.

Our first pool of artists was mainly made up of bands who were supposed to be playing Sound City in real life. On our first three shows, we featured the likes of The Lathums, Eleni Drake, The Mysterines, GEISTE, SPINN, Crawlers, Georgia Meek, Fever and Molly Green.

Our fourth ever event was Sound City Stay At Home Festival on 2nd May - where we broadcast a 12 hour stream including sets from The Wombats, Friendly Fires, Vistas, Red Rum Club, Jamie Webster, The Night Cafe, Violet Skies, and huge international artists such as EggPlantEgg, Nasi and BikaBreezy. We really threw ourselves in the deep end that day, but it was a great catalyst for all our future shows and really helped to shape what Guesthouse was to become.


How has Guesthouse evolved over the course of the pandemic?

SF: We're continually working with different artists, their management and labels to find new ways that they can use the platform. We broadcast our first show on the 2nd April 2020 and, in the gap between that and our second show on the 9th, we devised, designed and integrated a print-on-demand merchandise system that allowed artists to sell T-shirts at no upfront cost or minimum order, with the designs on-sale for the duration of the livestream only.

This is definitely one of our most successful features. The scarcity combined with the ethos of supporting artists in a time without touring has helped to generate tens of thousands in revenue. We're now set up with the same mechanic for caps, beanies, hoodies, sweatshirts and totebags, and the profits are now scalable/dynamic depending on the number of orders placed.

The need for livestreaming came very quickly but, as life started to open up again, it became less about livestreaming as something (maybe the only thing) for music lovers to fill their days with, and more about how can it be used as a tool to support and leverage actions in other marketing campaigns.


What would you describe its mission statement as now?

SF: Our mission statement is still very much the same at its core. We want to be known online as we are in real life: a company that will deliver supreme emerging artists on a plate. You don't need to worry about discovering for yourself, our booking/A&R team will do that for you.

And fundamental to it all - we want to be known as a robust online solution that can viably support artists beyond the course of the pandemic.


How much revenue has it generated for artists?


What do you think the role of Guesthouse and live streaming more generally will be once the pandemic is hopefully a distant memory?

SF: Well, firstly, the industry seems unanimous in its opinion that livestreaming is here to stay - which obviously bodes well for Guesthouse! People no longer seem to view livestreams as a short-term replacement for in-person live events because they have seen the opportunities to generate revenue by giving fans an experience that differs from real-life events. In my opinion livestreaming will only become more prevalent. In album campaigns, for example, it adds a new dimension to the release-followed-by-tour promotion cycle.

In practical terms, the most difficult thing in the pandemic has been actually getting the necessary teams together to produce the content. Hopefully social distancing will soon be a thing of the past, and artists and all the personnel necessary to create an online event will be on the road together for days, weeks or months at a time.

It’s also about the second-hand content that online events allow an artist to create. The audience expects flawless audio and visual production. What happens to that content once it's been broadcast? We've worked with so many artists who have gone on to release the original livestream on CD or vinyl by repurposing the top quality audio from the original performance - and why not?

The true power ultimately lies in the fact that, theoretically, an artist can unify all of their fanbase across the world at one point in time, one virtual destination. Create a good production, add some exclusive aspects and maybe put a ticket on there - and you have a real opportunity to generate some revenue. Its then the job of the marketing team to make sure people actually tune in! 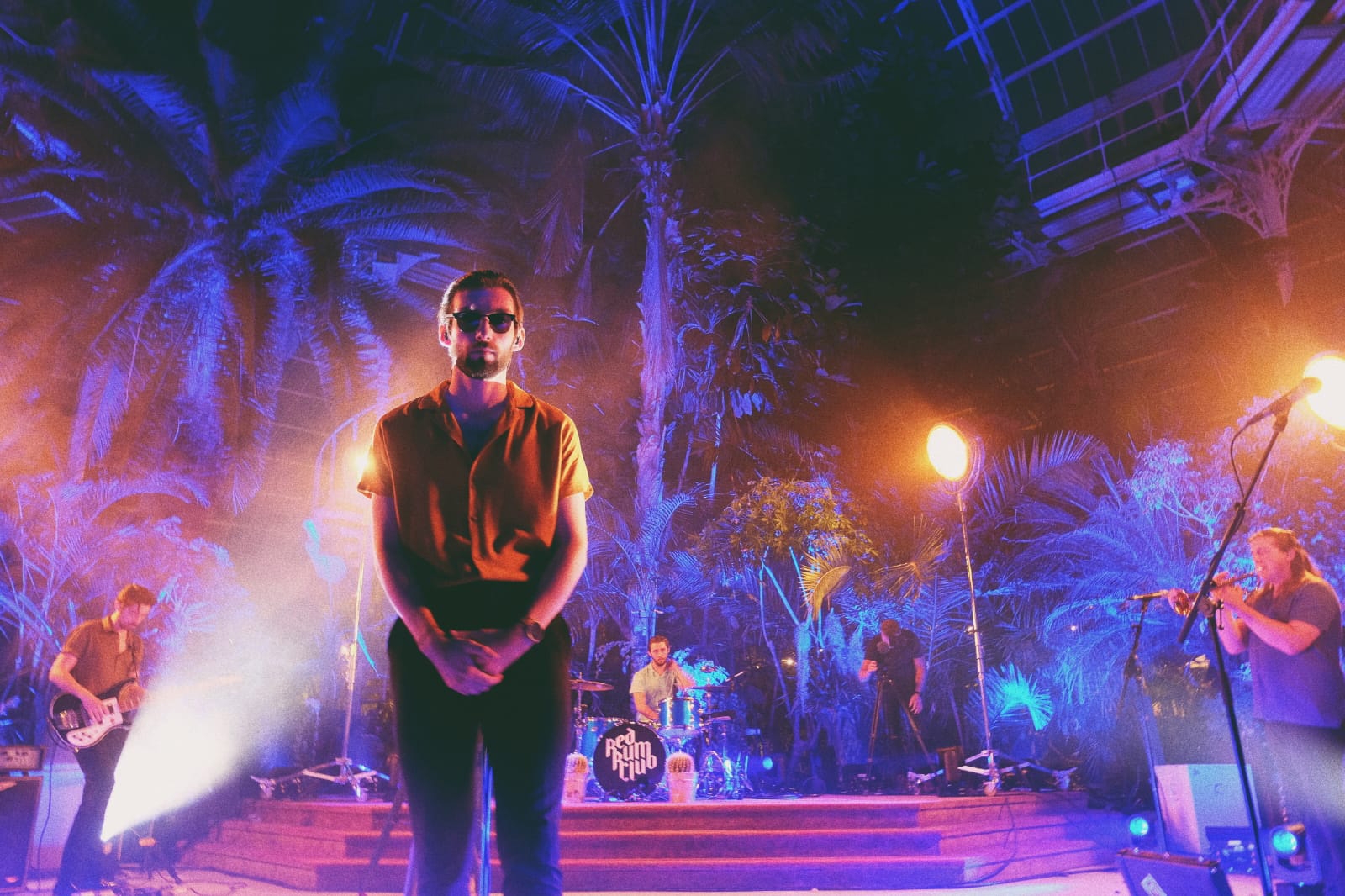